September 29, 2015 by jpkallio in Music promotion 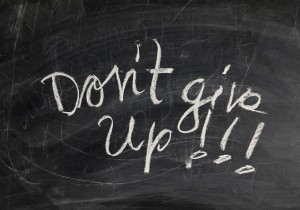 Back in the late nineties I was playing in a band, that was making waves locally. We had a residency here in Dublin, and it was pretty much packed night after night. We crowd sourced our first album well, by asking our audience to donate money towards the recording costs well before online crowd sourcing was even a thing. We were very engaging with our audience. We even got to do some touring. It was an intensive few years, but then eventually the flame started fading. The venue we were playing got sold, and the new owners were not so interested in music. Some of the band members started to get more session work around the town and things like traveling and life in general got on the way.

But it was a great learning curve, where I cut my teeth as a working musician, and I still today find lessons in the experiences I had back then. One thing I remember clearly was my own drive to make it work. I was young, eager and exited. I am sure I drove my band mates, who all were older than me, crazy on regular basis. But looking back now, I know that youthful drive did play a big part in our short-lived success.

It is easy to have that focus when things are going well, but it can be lost as easily when things are turning south. Back then I did already believe in hard work, but at the same time I was searching for that lucky break. Now as I had years time to reflect and look back, I know that focus and drive were the biggest things that made it all possible.

Today I am more aware of the importance of that focus. Why do most artists fail? Because they give up. So having the mental endurance to keep your focus, even when things are not going so well, is extremely important. You never know what’s behind the next corner, or the next one. Just keep going.

And when times get tough, say to your self: “You can do this, you will succeed.” But surely that kind of mental reinforcement is load of crap, I hear you say. It has worked for some of the greatest business minds and some of the most successful people in the world, so why do you think it would not work for you? Have faith, and never give up!