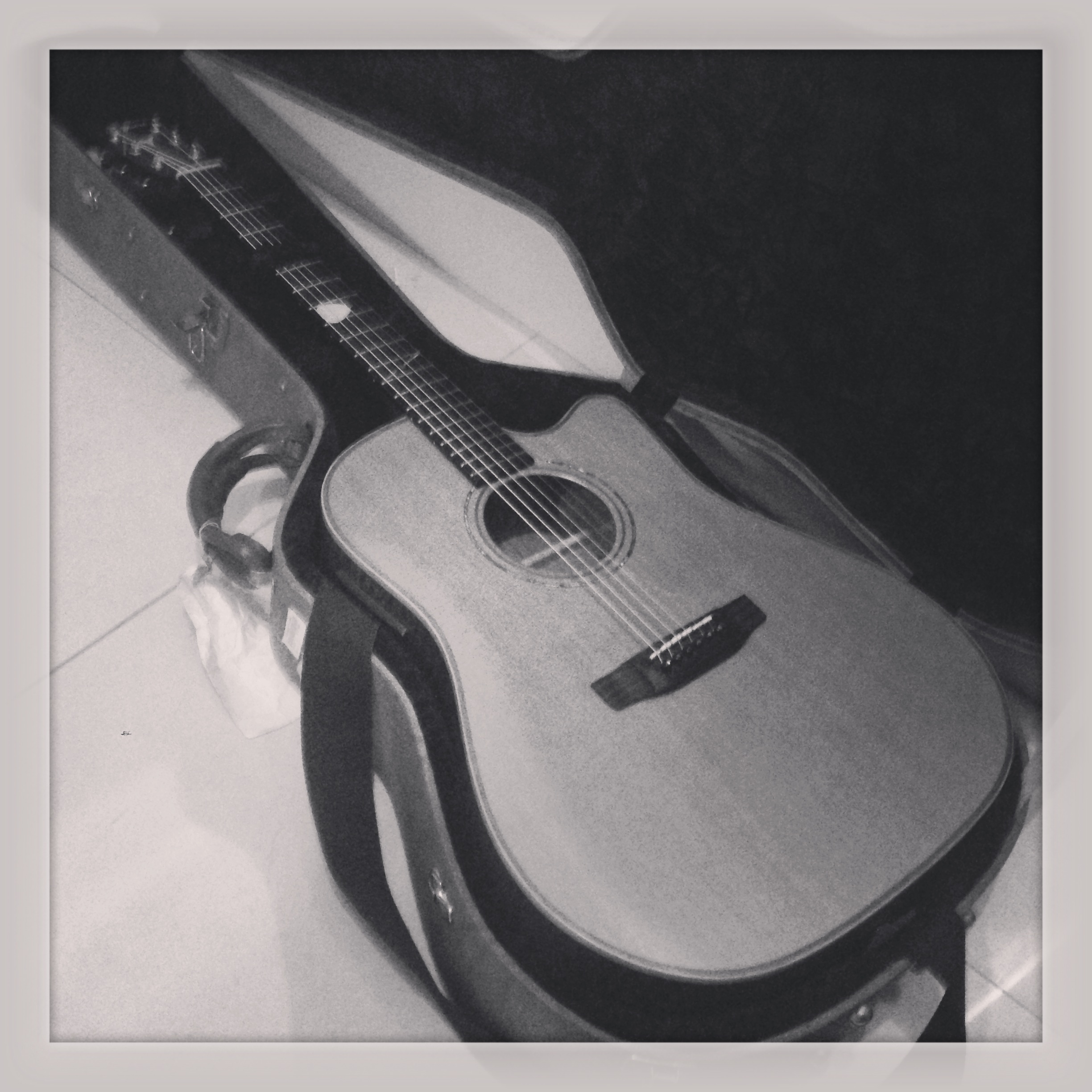 I get asked quite often questions about my guitar sound, tuning, playing style and how to play some of my songs. So I decided to add a dedicated page for guitar related stuff on this site. I’ll try to add material from time to time here, so keep checking back and let me know if you have any questions or comments 🙂

I started to play guitar at 10 years of age. My parents bought me a Finnish made Landola classical (budget) guitar and sent me to what I would call “a commercial music school”. Nothing fancy, just a place where we had one teacher between three students and 45mins once a week. The training was very much classical based and in the eyes of a 10 year old boy, very boring.

So six months later, I told my parent I had enough. Thinking back now… I made the right decision. For the first five months we were give written notes in the glass and wrote number codes above the notes to tell us where the notes were on our fret board. After five months we were told we should stop using the number codes. Oh and by the way at this stage we had not learned a single chord, just melodies.

So for the next year and a bit, I only took my guitar out once in a while. But when I was twelve I moved to a new neighbourhood and a new school (which by the way we did a lot). This school had a music teacher who had enthusiasm. He ran a band club after school, where they taught kids group lessons on individual instruments and also a band lesson. This was the inspiration I needed. I saved all my money and bought my very first electric guitar (Made in East Germany), it was rough, but in my eyes the best thing ever! The lessons were clever as well. They were based in the idea of us learning to play a piece of music as fast as possible and then play it in a band. This was learning something and putting it straight to practice. I soaked it all up and since then this little boy had a passion. Music was everything!

Since then it seems I always had a band on the go, some times few. School, where I wasn’t doing so well anyway took a backseat…

In 1996 I moved over to Ireland and completely got lost in the world of Irish music. I took up Mandolin and Bouzouki, locked my self in my flat for six months with O’Neill’s 1001 Irish tunes and massive pile of CDs. With in a year and a half I was playing live regularly and slowly but surely music became my full Time job. Around about this time, I also tuned my guitar in to DADGAD.

DADGAD was convenient as I was playing mainly Irish music at the time, but since then I got back to my punk rock roots and more of the indie folk, alt country, Singer-songwriter stuff. Now all of my guitars are in DADGAD and it is pretty much the only tuning I can play in 😀

There are 2 comments on Guitar