Why do I kick myself? 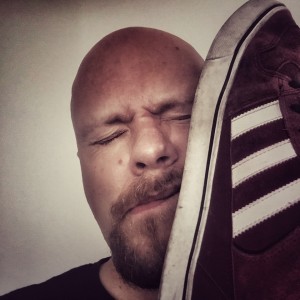 So yesterday my sixth solo album came out! Not a biggie 😉 I actually had released the songs as singles for my followers on my blog and my Bandcamp page. But the traditional music release format is hard to let go. A friend of mine, a fellow musician asked me few months back if the “album” format still has its place. So inspired by his question I decided to try it out as I was long over due (in my world) an album release.

On another completely unrelated subject I am reading Ryan Kairalla’s music business book, that is going to be coming out shortly, called “Break the business.” In the book Ryan used the famous Beyoncé album release, where she kept the album release as a secret until the day it came out. It was a massive success, but then again, so are most of her releases. So what would happen if I tried to scale this down to me, someone who has a following, but very modest one compared to any of the major label superstars. Lets face it, my songs are not going to hit the charts, and I am OK with it. For some reason the idea of making a change in an individual rather than the mass crowd was always much more appealing to me. And if that individual scales into many more, that’s great. But I really don’t worry about “hitting the charts.”

Now due to all of the above my way of trying to determine the success of things can be bit fuzzy 😀 But again, I’m OK with it. There are, as with most things in life, outside pressure for me to monetize my solo project. I am still mainly relying on the income from my work with Sliotar and the sessions I play here in Dublin. It always make me laugh when some one is surprised that I am not making loads of cash with my music, no there are no sugar daddies feeding me with endorsement deals, or labels queuing to buy my songs.

But here’s the thing, personally I am in no rush. It is important for me to do all of this in the way that if years to come this all grows into something bigger than I can comprehend right now, I’d like to be able to look in the mirror and be proud of what I’ve done. The older I get, the more important that seems to become.

Let me just say, thank you so much to everybody who commented, retweeted, shared liked, downloaded and spread the word about my album yesterday. It was an awesome day! So why do I still kick myself? Let me explain a bit.

Yesterday I was up early enough, about 7.30am or so. I wrote three blog posts from a  scratch, I uploaded the new song, photographed and designed the single cover (yeah, I do regularly run late with this stuff…) and spent a quite a lot of time talking to people online about the new album. I had plans to do more, but by 4pm I was spent… That’s the thing about any kind of creative stuff, I believe there is a limit to how much you can do before your brain needs a rest. So at 4.15pm I decided to go shopping for a curtain rod. I tried to do more work later, but basically just ended up staring at the computer screen with a blank brain.

So by the time I finally got to bed, well past midnight I was kicking myself for not doing more. Silly, I know… Today I was up early enough for Saturday 8am or so. And I was thinking back how happy I actually was with what I had done. The thing is, Could I have done more? Maybe. Would it have made a difference? Probably not… But even more so, if I was that drained, I probably would not be happy with the work afterwards (back to the point of being proud of your work.)

Sometimes you need the dawn of a new day to see things clearly 🙂 And here is few things the new day reminded me: If your brain is drained it is time to switch off and recharge. And also, this is a great time to get inspired 🙂 Listen to music, watch a movie, read a book, what ever it takes to make you inspired. And never underestimate the power of good nutrition, rest and exercise.

Oh yeah, and does the “album” release still have value? Yes it does. But only if it is part of your story, and you find a way to tell that story 🙂

Share:
Inspiration J.P. Kallio Motivation Why do I kick myself?