Dear Spotify (and other music services) 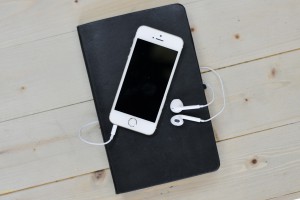 Dear Spotify (and other music services, but for the rest of the article I’ll just mention Spotify just to simplify things), I am a converted fan. I am a full-time musician, so when it comes to my music, I need to be sceptic about any new services. But also I am very much a music fan. I love discovering new music, and for that Spotify is a great tool. And If I think it is great for finding new music, surely some of my fans and potential fans will think the same way.

I know there has been a lot of debate over the price musicians get paid from the Spotify. I looked in to it in depth in the past year, and I believe we are barking at the wrong tree. Any new music service will need to pay for the use of the music, that’s the law. There are royalty collection agencies and distribution services who do collect the money for us musicians. And here is something I would like all of you musicians out there to consider for a minute. Spotify has paid over $2 billion to the “artist” through these services. Now exactly like with a physical album, if you are signed to a record label, they will take a big chunk off it, after all they paid for the studio, producer, promotion… If you are an independent artist, it is up to you what kind of deal you have with your distribution company. No one will distribute your music for you for free. So yes there will be middle man, that’s just the way the system works. Maybe we should negotiate with the middle man bit better? Or find a way to skip the middle man?

Anyway, the fact is, if you only have few plays on Spotify, you more than likely will not see the money from it for a long time. The secret here is to get promoting your music 😉 That’s how the major labels get the big numbers.

As to the service itself, Spotify made resent update where the song lyrics will be scrolling while the music plays, kind of Karaoke style… The Spotify actually do this using MusixMatch. From the very beginning I thought the Spotify’s artist pages could have huge potential. In my mind this is where we could have extended album photos, album credits and possibly lyrics. I am not mad about the karaoke style, and something tells me most musicians won’t either. The thing is, Spotify could have done this with the artist. But as is the way with so many tech companies, they just go ahead with their own idea instead of consulting with either the artist or the music fan.

Now Apple is making big noise about their own premium streaming service. Let me just say this, apart from their fiasco with the U2 album launch, Apple don’t fail. I would think what ever they come up with is going to be sleek and exiting. We will have sceptics, so did iTunes, but it established itself as the industry standard.

I guess what I am trying to say is I hope the tech companies that are revolutionising how we consume music would involve the artists more. I know there are many sceptics, but for every sceptic there are those of us who believe it is the future. Involve us and you could potentially have an army of devoted musicians behind you.