Can’t Keep up? 5 Ways to Simplify Your Music promotion 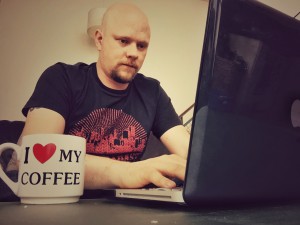 I know, between work, family, friends, pets and your favourite video game, there just isn’t enough hours in the day to get your music promotion done. Few years back, I was there. It felt like an overwhelming mountain to climb, so I did what I thought would be the sensible thing to do, nothing! But in the late 2013 I started to feel time slipping away. Another decade gone and even though I was successful in my career, I wasn’t really concentrating doing what I really wanted to do, which was getting my own songs out into the world. So I got on a path of serious research in to music business, productivity, songwriting and into the inner workings of online music marketing. Once again it felt like the task at hand was just too big. But this time I decided to get organised. So what I learned was 5 ways to simplify your music promotion.

1. Break things down to smaller tasks.

This was a big change. Suddenly I did not feel like I had a mountain to climb, just a small hill. I wrote down a list of things that I needed to accomplish, and I would break down these things in to achievable tasks. For example making your own website, I broke it down to: domain registration, server space purchase, WordPress install, individual page design (yep, I spent a day on every page I made for the website). Now I have an artist website that receives an impressive amount of traffic every day.

Social media promotion was something of an unknown territory for me, and I just found myself spending a lot of time surfing the timeline on my Facebook. So I decided to look into how the successful entrepreneurs do it. And straight away I came across automation and scheduling. With tools like Tweetdeck and Hootsuite, I could do full days, or even full weeks social media posts in a matter of minutes. This saved me a huge amount of time, as that Facebook timeline is a real-time trap.

In the past I always seemed to have an urgency to get new material out as soon as I had finished it. Now I try to create new content in bulk, and release it with timed schedule. For example I did some live performance videos. It took me two days to film them. I then released a new video once every two weeks. This gave me new content for twelve weeks. Do the same with photos, shoot a lot, and release over a longer period of time.

I strongly believe Twitter is one of the best tools for networking in your field of business. With tweet deck you can set up a stream to follow particular key words, or people. Spend 15mins a day interacting, commenting and taking part in the conversation with the people yo think might be beneficial to your career. Don’t go on a sales pitch, just get in the conversation. If you do this right, the opportunity for the sales pitch will naturally present itself some day in the future.

All of the above online work is fine, but rarely does it compare to real life interactions. So with the tips above, you should have more time on your hands. So set out to play shows, open mic, singer songwriter nights weekly. You need to be seen playing live, and acquire the experience.

I know the chances of you continuing your life as you did before reading this blog post are very high, so let me just say this. The above tips might seem simple, but they have had a massive effect on my music promotion efforts, so I can say they work for me. Wether they work for you or not, you will never know, unless you try them out 😉 And don’t forget, if you want to have a career in music, you need to treat it like business. You are your own boss.