True colours in the storm 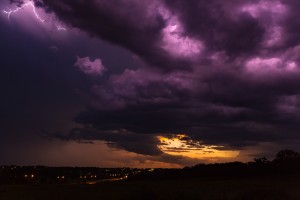 The world is in turmoil, times are getting tough. But are they really? Haven’t things always been really messed up somewhere around the globe? Maybe it is just that this time when something horrible happens, we can not escape it. Information can be shared around the globe in a  matter of seconds. One image can evoke strong enough emotions that nations divide in opinion, families disagree. What to me seems like common sense and the basics of humanity and empathy to some people on the other side of my family seem as an outrageous suggestion and invasion of privacy. Part of me is shamed to see their nationalist fuelled Facebook posts, it makes me almost angry. But then again there is a little part of me which does understand. I was brought up in the same backward suburb where bomber jackets and army boots where the hight of fashion.

The difference is I ran away, as fast as I could and as far as I could. They never left, in fact they still live there. But if I was to think that I am somehow better, or they are somehow worse, what would that make of me? So what do I do? Turn a blind eye? Try to force my view on them, which at the end of the day is just my view? I don’t know… The only thing I do know, is the next time I’ll make it back to home, I better stay off the subject at the family get together.

But even more so, I think the best thing I can do, is not spend time condemning them. Instead spend my time actually doing something about the issue that wast the reason behind this divide. Stand behind what I believe in, and not to worry about what others think. It is not my thoughts or rants that define me, it is my actions. I know my resources are limited, but what ever I can do, even just raise awareness is better than concentrating my energy on someone else’s opinions.

Sure thing, I have seen many of my old friends and family in a different light under these difficult circumstances, and I know it will be registered somewhere in the back of my head. But that is for me to deal with when it comes to it.

But as I write this, I realise that I definitely am not the only person in this situation. This happens on a much more locally, in fact I bet most of us struggle to come in terms with some one’s opinions in their friends, family or colleagues. I am not here to educate anybody with would only be my opinion. But if you struggle, like I do please concentrate on what you can do, not on some bickering. I believe our own actions will lead an example and hopefully open some eyes.