Read Between the Lines, dyslexic songwriter

This weeks song is the title track from the new album “Read Between the Lines,” which by the way is out in the iTunes for pre-order right now. Those of you on my mailing list might know by now also that I will be offering a special pre-order deal for people on my mailing list closer to the release date, so if you haven’t signed up yet, go and do so right now 🙂 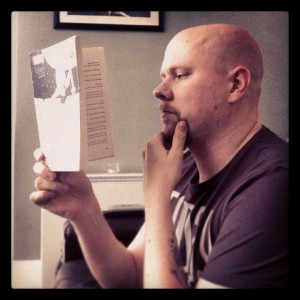 Every album has that one track that kind of defines where the rest of the album goes, and this one came bit late in the writing process, but has had a massive effect on the rest of the album. When I started to work on the first solo album last October, I made a decision to expose my self, let people in to my life through my songs. Since then that’s what I have done. But with this song I once again took down one of those invisible mental walls that I was holding on to without even knowing it was there. This song is about growing up as dyslexic child. Dyslexia is one of those things that many of us think we know about, but the truth comes out pretty much every time I tell someone I am dyslexic and they ask how it effects me. For many people it is just someone having trouble reading, but it is so much more. So I’ll include here a quote form Wikipedia to explain bit more:

When I was growing up, and hit the school age, I moved around quite bit with my parents trying to build us the best life we possibly could have. But as a result I was is five different schools, when most kids would be in two. So it was no surprise that my Dyslexia went undetected for the duration of my school life. It was a struggle to say the least, but at the same time today I honestly believe it has effected me and made me the (dyslexic) songwriter I am. I believe that little kid trying to express him self had to find different ways of doing it, reroute how the brain gets out what it is that I had a need to express. This song is just a snippet of time, like a photograph 🙂 But I think it sums up what it sometimes is like to grow up as a child, who is somehow just different from the others.

I am not an expert on the subject, but I can tell you some of the ways It has effected me. Obviously there are the reading related issues, I remember day after day struggling with homework for hours, as there might be a question I just misunderstood. There were many a school exam that I failed due to the same reason. Reading out aloud was a nightmare and still not one of my favourite things. Writing obviously was a struggle, I might spell a word in ten different ways in an assignment and not even notice while reading it back. Short-term memory is quite essential for learning languages, especially new words. We had Swedish and English in my school as languages. I always had a funny relationship with English… Maybe it has something to do with the month I spent in Oklahoma as a four year old kid and that child’s brain picking up stuff. It came more naturally to me. But Swedish, I failed most of the time… It still takes me forever to learn song lyrics of a new song. I get left and right mixed up all the time… If you explain me away to somewhere, I’ll probably get lost. But If I see a city map, I can find my way anywhere. And if I visit a city I start to build a visual map in my head and if I come back even twenty years later, I’ll still know my way around. There are few other things like I get left and right mixed up all the time, balance is another one. As I grew older, I have recognised my weaknesses and strengths. I have learned ways around my weaknesses and braised my strengths. Today I have away with the words, which comes through in my songwriting, but funny enough I now really enjoy writing my blogs as well ( Dyslexic blogger ). My writing is still filled with mistakes, but I won’t let it stop me writing :-). I do appreciate when people correct me, but there is time and a place for it. For example, there is a fine line between sending me an email pointing out a mistake, and pointing it out publicly. I had to deal with this for years and I have learned that the public display, whether it is in comments or person to person in a public situation, it is not there to point out the mistake in a constructive way. It is there to point out that you spotted someones mistake. You might convince your self that you are “helping”, but deep down you know, you are just rubbing your own ego. This happens to me often enough, and as much as I have built a mental shield for it, it can still be hurtful from time to time.

Once again, I am not sharing this with you to be singing my own “swan song”, but just maybe let others who went through something like this to know they are not alone. Also I think this song could be quite important for parents who have dyslexic children. So I ask you to share this song with someone you might know, who might be effected by this. And if you want to share your experiences with every one, leave a comment, or if you just want to share them with me you can do so as well through Email. It does help to talk about these things.

Thank you for listening 🙂 You guys rock!

The author J.P. Kallio is a singer songwriter
To get EIGHT of his free songs go HERE