Peaceful anger on the streets 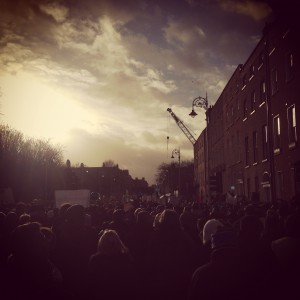 Once again I woke up after another Right to Water protest to a massive downplay of figures of how many people turned up. The media are reporting between 20,000 and 100,000, with a gap like that, someone is trying to cover up something. Let me make this very clear, the 10th of December 2014 protest in Dublin was a massive event! between 1pm and 1.30pm we were standing on the northwest corner of Merrion Square. 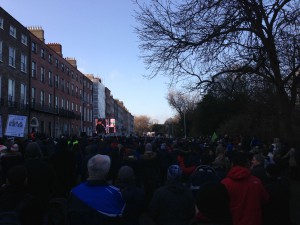 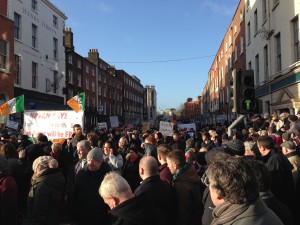 There were constant announcements from the stage that people should not push through as there was no more room near the stage. We also heard that as the march coming down the Nassau street could not fit into the Merrion Square, some of them turn around and Marched to O’Connell street instead. I hope this will put things into some sort of perspective. 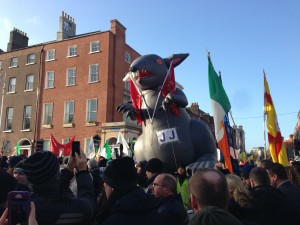 Let me also make a point that this was peaceful and good natured protest, even though you could feel how angry people are at the government. The Irish do protests well, and there were a lot of humour and thought put into signs and blackguards carried by the people, which I was trying to capture in some of the photos here. 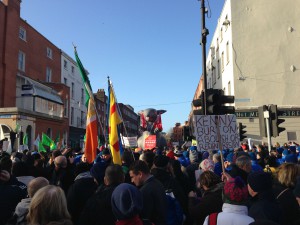 I’m sure the real figures will filter eventually as it did the last march in Dublin which gathered 100,000 people on O’Connell street in October. Yesterday was bitter cold and windy midweek day, but this has not held back the numbers. The Right2water puts the number at 100,000.