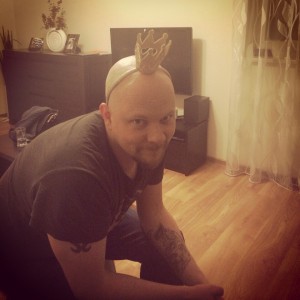 In the past few weeks I got the chance to create magic. I am not talking about some magic tricks here, I am talking about real magic. I got to be the Santa clause for a three year old girl, her first time being old enough to realise what was going on. I believe the expression on her face when I walked in from the door was something I will never forget 🙂 When I was asked to be the Santa, I instantly said yes. It was a privilege and honour and her favourite part of the holidays.

A week later we got to organise a new Year’s Eve party for her. We cooked a big feast, had balloons, hats, dancing and fireworks. You could see how magical all of this was for her. She was amazed.

All of this took some effort on my part, but very little in the larger scale of things. But not only was it magical for her, it was almost equally magical to her parents, who are my dear friends. So why would I not do it?