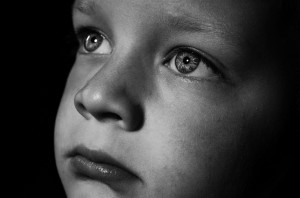 Today, the 20th of November is the International Children’s day. According to Focus Ireland 100 children became homeless in Dublin last month. The rent’s have risen in Ireland 11% in the past year, 16.6% in Dublin, the social housing lists are backed up. The government’s only act on rental market was to give landlords tax breaks for any work they might carry out on their property, which I believe will be used as an excuse to further raise the rents.

According to a report conducted by DKM Economic Consultants for the Government’s Housing Agency on behalf of the Private Residential Tenancies Board, regulating rents would have a negative effect on the rental market in the long run… Let’s completely ignore the fact that rent regulation has and does work in several countries in Europe…

Now as a part of the new suggested water charge package the government is making the landlords responsible for the unpaid water charges by the tenants. In response the landlords have said if the legislation goes through, they will raise the deposits in properties to double, maybe even triple to cover the costs in case the tenants have not paid the Water Charges. The average rent in Dublin at the moment is €1,372, which would make the deposit required between €2744 and €4116. Now considering the fact that the landlord also requires the rent paid in advance, the average amount of money tenant would need to have to rent accommodation could be €5488…

The government is trying to support the building of new properties on the private sector, but they are doing very little to deal with the actual problem. There will be more children made homeless this month and the next month and every month after this… And the obvious reason is the fact that people cannot afford to rent property. They might have their mortgage in arrears and the bank is throwing them out of their own home. So how can someone in this situation have €5488 required to rent a property? But hey, eight out of the fifteen ministers are second home owners, why would they regulate the rents?