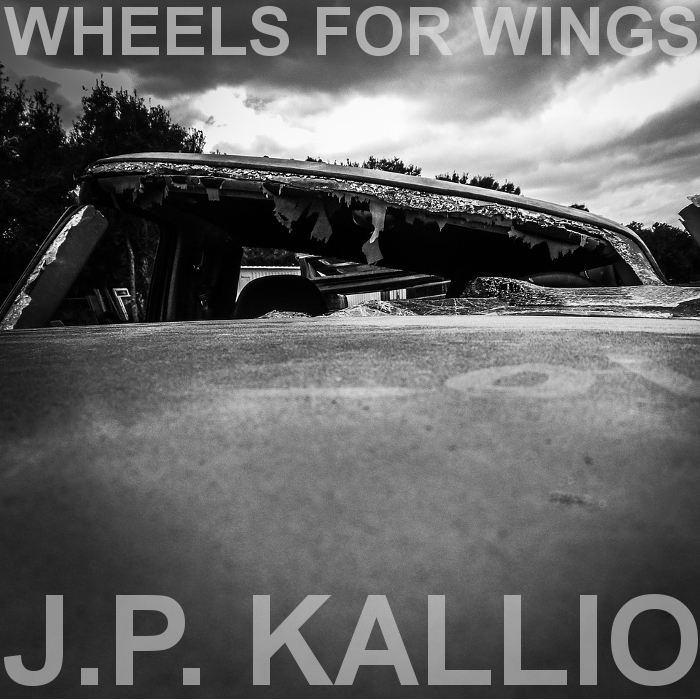 Combination of few small bad decision can alter the course of our life for ever. This weeks song “Wheels for wings” once again made it’s way from somewhere deep in side the massive filing cabinet at the back of my songwriting part of my brain. There are days when I write songs very purposefully, and then there are days where the song just comes from somewhere and I don’t even know what triggered it.

The story of the song is a young man, in the early days of his adulthood, about to start a family of his own. But something in his past just don’t let him go. Every given opportunity he tries to escape it. And the easiest way is the drink. But one night those dark clouds dragged him deeper than usual. And he ended up driving home on his own, drunk. Hungry for the speed and danger, just because it made him feel alive. But drink, no mater who you are, or how great driver you think you are will compromise you. And a momentary lapse in conversation set the car flying and by the time it came to a stop, so did the life of the young man.

These are the moments where it is too late to ask what if? These are moments that happen all around us everyday. And these are comets that will have long-term consequences for years to come in the life’s of our loved ones.

A friend of mine earlier in the year was in a serious car accident. He got hit by a car, a drunk driver… An emergency operation saved his life. He was lucky and still recovering. Another young friend of mine got hit by a car while crossing the road at a pedestrian crossing. He was young, still a child at the time. It was few days before christmas. There were cars letting him cross, but one particular car was in a rush and tried to pass on an inside, and hit the young boys leg bad. Needles to say that christmas was spent in hospital recovering from an operation. And the drivers excuse was because they were in a rush… I also have a friend who lost the father of their unborn child in a car crash.

And I am sure every one of you have a story to go with mine. Rush, tiredness and lack of concentration are big things, but if I could ask you to take one thing with you from this weeks song, it is to never ever drink and drive. It does not make you look cool, or daring. It does not impress me you telling me the stories afterwards. In my books, every time you get behind a wheel of a car under the influence of alcohol, you are not only risking your own life, but every poor souls life who happened to be on the road at the time. And if you do end up like the young man in this weeks song, you will leave your loved ones asking that “what if…” for the rest of their lives.

This is without a doubt an important subject, so do me a favour and share this blog post far and wide. Maybe together we can open even one persons eyes enough to make them leave the car behind, when they are going out this weekend. You can also download the song right now from my Bandcamp page HERE (free, or name your own price). And stay safe on the road people.