What would you sacrifice to be able to have your dream job? 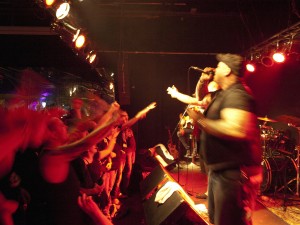 It’s a Saturday afternoon here in Dublin and I have been twiddling my thumbs for the past half an hour 😀 The morning was glorious and I made the most of it by going for a two-hour walk. Then after quick stock up at the grocery store and breakfast I locked my self in to my little office/studio to record another song. Usually I don’t do too much recording during the weekend, as I have regular shows with Sliotar every Friday, Saturday and Sunday. But tonight’s show was canceled due to the rugby world cup. Ireland is doing well, so things are getting bit intense. Every match matters now.

So the recording is done and here I am wondering what to do with my self tonight 😀 And while I was thinking this, it once again dawned to me how bizarre my life is. I don’t mind, I love bizarre 😉 But so many people come to me saying they would love to be musicians, without thinking what the sacrifices are going to be. I actually have Saturday nights so rarely off, that when I do I end up wondering what to do…

I remember few years back I had another band on the go. As is the case so often, I was taking care of the promotion and the booking for the band. In the beginning I was the only full-time musician in the band. The rest of the band dreamed about playing shows abroad, festivals even touring. I had done all of it, and still do with Sliotar. Sure thing the scenes were little bit different, but I had the knowhow to book a tour. What was holding me back? I knew what it would take, and the rest of the band had no idea.

Their idea of touring life was a fantasy. They thought everything will be taken care of, and that they can pick and choose the dates. I knew there was no hope in hell making a penny from it, unless we were willing to be on the road for several weeks. If you didn’t know, touring with a band is expensive. The rest of the band had day jobs and girlfriends that they could not just leave behind for months. I was fully aware of this, and I was not willing to be the guy responsible of them loosing their jobs, or wrecking their relationships.

I also knew there would be many disappointments alone the way. There are always some less than great shows at every tour. Also the lifestyle does take a toll on you fast. If you don’t love the music full heartedly, thins get very sour pretty fast.

So being a full-time musician was a dream to them. And it was one of those dreams where someday someone would just come and hand the keys to the kingdom of the professional musician, and it would not require any of the sacrifices that come with the job. Don’t get me wrong, I don’t blame the guys. This fantasy idea of some record label executive coming to put you on a roster and pay you salary is something most hobbyist musicians are not willing to give up on. But in reality, that just does not happen.

I made a lot of sacrifices over the years, I still do. But I am fully aware of it being the price for being able to do what I do. I love my job. But I worked damn hard to get as far as I am now, and I know this journey is far from over. There will be many more sacrifices along the way. But for now, I will enjoy my accidental Saturday off 🙂

So before you decide to go after your dream, please make sure you fully understand what it takes. I will be the first one to tell you to dream big. But you also need to be willing to make the sacrifices. What would you sacrifice to be able to have your dream job?

Share:
Full-time musician J.P. Kallio Motivation Music Business Musician SInger-songwriter Sliotar Touring What would you sacrifice to be able to have your dream job?