What would you do next? 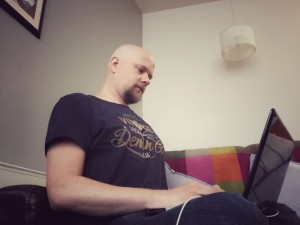 In the early hours of Monday morning I contemplate the future. The city is slowly waking up around me, and it looks like we are going to have another nice day here in Dublin. As you might know I am just back from a two-week holidays (and I promise I will stop talking about it soon…) Right now I feel recharged and ready to take on the world. Somehow the break has me thinking where I will go from here. It’s been a long summer, and the past two years have most certainly kept me busy. When we get to the end of the year, all going according to the plan, I have released 104 songs in two years. That alone is a little bit hard to take in, but in the same time I also wrote and posted over 700 blog posts about music business, songwriting, travel and life in general.

So now I find my self wondering, what’s next? Writing songs is in my nature, I don’t think I ever will stop. And having a release schedule definitely has been a driving force, so the songwriting part, I will definitely continue. As to the blog it self, writing has become much more important part of the process for me than I ever expected. I enjoy it, and I want to get better at it. So little part of me feels I should just stick to doing what I have being doing in the past few years. But there is also a little part of me that feels the need to maybe take a little bit more time to write maybe longer form posts, which would maybe reduce the blog frequency a little bit.

On the other hand I feel like keeping my self busy with the songs and the blog, is holding me back a bit from playing solo live shows. And this is definitely something I would like to address soon. As you know we have been rehearsing with few friends of mine, and there is even few rehearsal videos up on my Youtube Channel. So I would like to organise few shows with the guys. But also I am thinking of doing some small solo shows, just me and the guitar. In a way I see that as the ultimate test of the songs.

So I would like to ask the regular readers of my blog, what would you like to see happen next? Obviously there are financial limitations, which is why I set up the Patreon page, but that is only a small part of the process. I never wanted money to be the driving force, music and writing first. So let me know your thoughts, here below in the comments, on Twitter, Facebook, Patreon, or email me at [email protected] I would very much like to hear your suggestions and thoughts.

Share:
Blog J.P. Kallio Music Business Songwriting What would you do next?