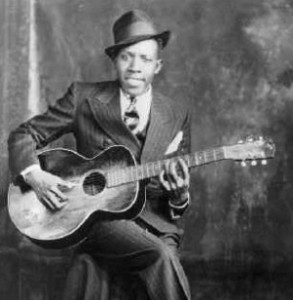 I’m sure many of you heard the story that made the front page music news about Irish singer songwriter Hozier and the plagiarism claims. In fact it is so well documented, that I won’t even go in to the details here. Lets just say it is all sorted now.

But I do want to talk about the subject of the so-called “plagiarism” in music. The lines have blurred a lot since the days Vanilla Ice got accused of using the bass riff from David Bowie and Queen’s collaboration song. This was an obvious case, that these days would have been treated just as “using a sample.” Using samples has become part of the process of making music. But if you use a sample from someone else song, you do need to pay for it and clear it using the proper procedures. So what I am talking about here is not sampling, but genuine plagiarism in the songwriting process.

A lot of the claim in the Hozier case was base on a chord progression and time signature. Let me just point out that you cannot (nor should you be able to) copyright either. The same three chords have been recycled since the beginning of time. Think of blues for a second, or the early rock and roll. They were mostly based on strict structures of twelve, or sixteen bar blues. Everybody was happy and no one got sued. I don’t think any historian interested in the history of rock n’ roll would deny the influence Robert Johnson has had on the music we listen today.

I also hear a lot of my older fellow musicians talking about how there is no new music these days. And they very much like to point back to bands like the Led Zeppelin. Well, Led Zeppelin “borrowed” heavily from left, right and centre. If the stories are anything to go by, maybe the “sex, drugs and rock n’ roll” made the lines in the songwriting sessions bit blurred. But then again I ask you, did they “borrow” or where they just heavily influenced by other artists, maybe even inspired? Either way, they revolutionised rock music.

There are several chord structures, for example (sorry for getting bit theoretical here…) if we take the first, fifth, minor sixth and the fourth chord of any scale, we can sing on top of those chords hundreds if not even thousands of songs. So I think we need to relax on the subject a bit. Plagiarism to me is someone copying a song on purpose, but if you write something similar, are you not being inspired by someone else’s work?

And you know what? That is how music has evolved over decades. We take something old and make something new out of it. Do you think your music is totally original? Do you think you have not been inspired by anything, or anyone? Did you live in a bubble for all of your life? Are you trying to tell me you have a control of your unconscious mind, where a lot of those ideas actually happen? We all are inspired by millions of things in our lifetime, and most of it without us even knowing about it.

Every time you hear about another plagiarism court case, guess who’s making the money? The system, the labels who usually are behind taking the case to the court and the law firms. And every time this happens, little bit of creativity gets destroyed as songwriters are scared their song sounds like some one else song…

I am not trying to tell you that you should not care about his at all, I have thrown away some of my songs as they sounded too similar to someone else songs, or even some of my own 😀 But I do believe we need to relax a little bit about who owns what. At the end of the day, it’s all music.