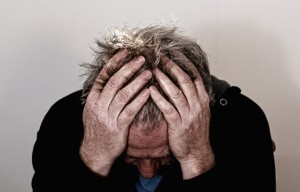 This week’s song starts once again a new chapter in our journey. As my latest album “After the Storm” is coming out in few days, I am already working hard writing and recording the next one. I can already reveal that the second album of the year, my sixth album will be out on the 12th of June and will be called “So I Sing”. But more on that in time, now let’s get in to this weeks song.

I think too often in a relationships we let things get much bigger in our head than they really are. The reason is usually our own inability to communicate. I think articulating clearly what troubles us can be difficult, but also to make the other person to really understand this. Too often these things are seen as attacks, and our partners get defensive. For two adults in a relationship it is actually surprisingly hard to behave like adults in the heath of the argument.

So we end up keeping these things inside our heads, and make them much bigger than what they originally were. This can bring up unnecessary insecurities, which again can lead to heaps of new problems. I think we believe common reason for relation ship to end is one person cheating on the other, but the truth more often is completely different. Yes there are people who just can’t be loyal in a relationship, but then they should ask them selves if they should be in a relationship in the first place. In most cases the real reasons are much more foggy. Those insecurities and holding back what bothers us can eventually lead into a toxic environment.

So these were some of the things going around my busy head while I wrote this weeks song “Silence”. Some of you know one of my new years resolutions was to work on my fingerpicking, so let me know how you think I am getting on 😉 Also for the guitar enthusiasts out there, the good people at the D’Addario sent me a sample set of their EXP17 strings, which I changed just before recording. I will write a full review of the strings bit later, but this will give you some taste of what they sound like. And as always, hit those shares and spread the word about the music 🙂