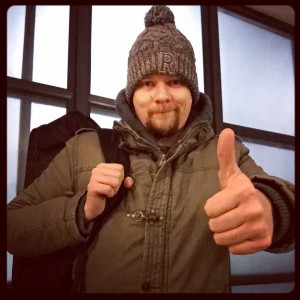 Today (Thursday the 15th of January 2015, for those of you reading this later) I have a busy day. First I have five-hour rehearsal with what seems like might be the beginnings of my touring band 😉 Then I have private concert later, so I’ll be running around a lot. Oh yeah, And my two weeks of no beer is up as well, so might just have to pop in to the pub after the show for a quick beverage. And because of this I didn’t actually write a blog post as such, but I thought I’ll share with you guys a new video instead. Hope that’s ok 😉

Here’s a song from my second album, that has become part of out regular set in the afternoon sessions in The Porterhouse. This video was recorded back in November, late at night. That’s why some of it is bit on a dark side, but I think it ties nicely with the story of the song 😉 If you want to read the story behind the song, you can do so HERE.

As always feel free to share the video, it all helps 🙂 And I’d love to get your feedback on it as well. I am planning more videos for this year, and any feedback or ideas are always welcome.