Night of terror in Paris 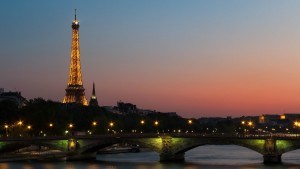 It’s 1am and I am sitting up  in my hotel room in Germany where we played a great show earlier this evening. It was a cultural centre in a local town hall. It was a great evening all around. Not only musically, but we got to see a lot of our old friends, as well as make some new ones. It was one of those nights where the venue was beautiful, the sound was great, the audience were there to listen to the music and we connected with them.

After all the post show stuff I finally made it to my hotel room and I got a text message from Des, who play drums in Sliotar. He got back to the hotel earlier than me. In the text he told me about the terror attacks in Paris… I frantically tried to find an English news channel on TV, but the closest I get is the German version of Euro news. At least they have some of the text in English.

I turn on my roaming data on my phone, knowing I will spend a fortune. Roaming data in EU is still a rip off, and good WIFI in Germany can be hard to find. I am picking up pieces of news here and there. Tragic amount of people dead, so much anger, hostages. An art centre, not too different from like the one we played tonight was one of the places…

What can we say? I love Paris, and this would never stop me going in there. But tonight I am wondering how scared people feel in that beautiful city. I hear about explosions and straight away it brings me back to a conversation I had outside a bar in Tel Aviv about four years a go with an UN representative, who told me how most of the time the worst damage in explosion like suicide bombing is not the blast it self, but the glass, that shatters and flies around like razor sharp shrapnel. The death toll is massive, which means there will be many more survivors that are scared and disabled for life. Will there be retaliation? Will someone be countable?

There are endless stream of questions rushing through my mind. I know this attack will be used as a tool in politics in the weeks to come. How many people like me are glued to the TV tonight, trying to come to terms with what happened? Will tomorrow be just another day, or did the world we know change tonight? One thing I know is that Friday the 13th of November 2015 will be remembered as a dark day.

I just hope all my friends in France are safe. This was a brutal calculated and organised attack targeting innocent people, which too often is the case with terror attacks.