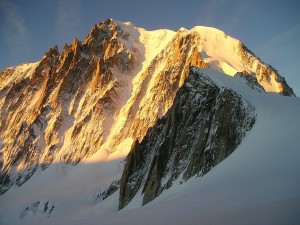 The past two years writing song a week and writing these blogs have been a real learning curve for me. I would even say the process has helped me to grow as a person. It’s like a mirror that forces you to look in deeper into yourself than you have ever done before. One of the most valuable lesson definitely is humility.

Humility is something that often is seen as weakness in our macho society. And often artists after gaining some success find themselves in a bubble, where it is easy to forget about humility. But I have learned in the past two years that if you are willing to push your ego out of the way and take a more humble approach, the world around you just becomes a nicer place to be.

And it’s that ego that gets on the way of so many things in our lives. And in the past few weeks I’ve seen too many egos getting on the way of humility. I find it hard to watch the news, or even rear my Facebook feed. And don’t get me wrong, I am not trying to tell you that I am somehow better than others, I am just humble enough to tell you I don’t understand it all.

It is too easy to take a side and stand on that “moral high ground” looking down on others, thinking we are right. But the issues at hand are a lot more complex than any of s could fully comprehend. Even the people in the front line who are knee-deep in the middle of it all, don’t know what the future holds. How are we supposed to have the answers? So why do we, standing on that so-called moral high ground feel the need to condemn everyone else? Why is it that our way is the only way? Is it not us all assuming that in the first place the root of the problem?

I don’t pretend to have the solutions. I don’t know how generations, even decades of resentment, hate and blood shed could be just put a side. We all got hurt along the way. But I do know us stating on that moral high ground will never be the solution. Us posting angry Facebook posts about how “the others” are wrong, will never stop the violence.

Here is what I know:

– Inequality (someone having money, and someone not) will eventually lead to a conflict.

– Boycotts, trade curfews, sanctions and other pressures we try to use to solve a conflict rarely does nothing more than bring suffering to normal people who are just hoping to live in a peaceful existence. I lived twenty-one years of my life in Finland and Nineteen and a half in Ireland. There have been times I disagreed heavily with the policies of the government in both countries. Should I be punished for those policies?

– Never take what you see in the news, on the net or even on your social media feed as the truth. I have seen in a matter of minutes all of the above contradict each others depending on the source. Read between the lines.

I am not telling you what to do, that would put me on that same “moral high ground.” I am asking you to let enough humility to come through, so that you could see that at the end of the day, every one of us is a human being. Everyone of us is a someones child. Everyone of us were born innocent. Not everyone will listen, not everyone will agree, but the change has to start from somewhere.