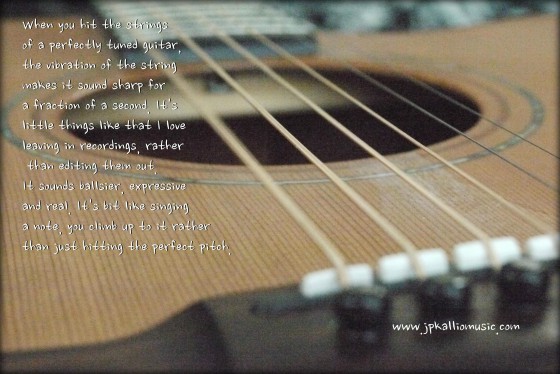 Another week roll by like freight train in the night, all you hear is the subtle click of the joints of the tracks. I allowed my self to take some time off past Monday as it was a bank holiday here in Ireland, but still I managed to pack in a lot this week:-) Most of all, the new album “Read Between The Lines” is fully finished and sent over to the distribution. It will be out on the 10th of June to the general public in iTunes, Amazon and all the usual download stores as well as my website. But the good people on my mailing list will be able to get it bit earlier and for a special price, so if you haven’t done so yet go and signup right away 😉 It’s also been sent to some of the good people in Radio and Blogs who supported me with “Northern Boy” so greatly. If you write a blog or work in radio
and would like to feature the album, just drop me a line:-)

Last week’s song “One More Day” got once again great response form you guys. If you missed it, go check it out here:

Facebook changed their algorithms during the week. I keep an close eye on the reach of my posts on Facebook, so I was aware of it from the beginning. I wrote a post on what the changes are and how they effect us musicians. But at the back of all this I managed to learn more about Facebook than I thought 😀 There has been changes i’ve noticed on the Facebook ads reach. I am doing some research and testing on the subject at the moment and if it proves important enough, I will report on it as well. Another thing I learned was that Facebook does not like you using their logo in ads 😀 So I had bit of trouble getting this info to the musicians fighting the good fight, so feel free to share it with your musician friends. Big thanks to Global Texan Chronicles for reposting this one:

Why my bands Facebook page does not reach people anymore?

Speaking of the Global Texan Chronicle’s, I’ve done quite few guest blogs for them in the past few months. But now I’ve agreed to write them some album reviews:-) I will be posting the reviews on my website as well. So if you have some rootsy, country, folk or other organic music you’d like me to review, drop me a line 🙂 This week I reviewed the wonderful debut solo album by Willie Watson. Check it out here:

And apart from all that I did three shows with Sliotar, two sessions and a quite bit of songwriting. Don’t want to keep you guys waiting too long on the third album 😉
Oh yeah and keep an eye out for this weeks song later today.