How Music Can Wake You Up 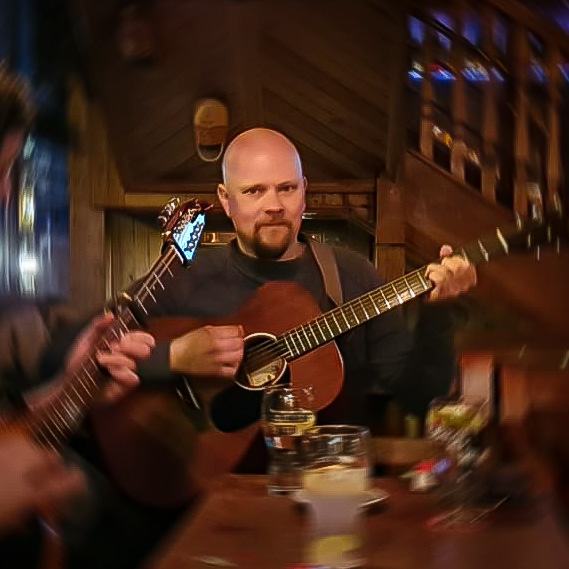 What I am about to say here, is not meant in any way to take away from the struggle of someone, who might be struggling with mental health. It is just my point of view. I understand that sometimes the human body can malfunction to produce, or overproduce certain chemicals in the brain, which we then recognise as “Mental Illness”. However, this term pathologises something that many people only see as persons natural progression towards a more coherent, actualised self. And it is that self-awareness and understanding how important it is for us to be present right here right now, especially if you play music. This got me thinking, how lucky I am to have had music with me along with me on this journey of life, and how I have learned awareness through music. How music can wake you up.

So what is music? I borrowed this description from Wikipedia, so give it back to them once you are done with it. “Music is an art form and cultural activity whose medium is sound organised in time. General definitions of music include common elements such as pitch (which governs melody and harmony), rhythm (and its associated concepts tempo, meter, and articulation), dynamics (loudness and softness), and the sonic qualities of timbre and texture (which are sometimes termed the “color” of a musical sound).” And if we take a more philosophical look at it, all we have is the selection of notes and beats in this present moment. To understand the music as we perceive it, we need to have the memory of what was there a moment ago, and anticipation for what’s to come. Past and future play a part, but we can only experience it if we are present here right now, taking it all in. We all have been there, listening to music. We get sidetracked and after a while realising that we weren’t really listening. But when you play, when you are part of it, it forces you to be present. There is the anticipation of what’s to come. And not knowing what’s to come, often is the cause of anxiety for many of us in our life. There is the memory of what just was. It’s that, not letting go of the past that so often is the root cause of depression. But music, even at the worst times of my life, has always forced me to be present. To be right here right now, to perform, to deliver, to share.

The energy all around us

I think it is natural for us to have doubts about the existence of something we cannot see. You don’t see music. You feel it. If you listen to it, your brain can, and most likely will paint vivid images of it, and evoke feelings, which can be amplified under certain substances, or so I have been told… And at the same time as a musician, all I am really doing is moving air with sound waves. I am transferring energy. So what is energy? We can’t see it. But according to science, it is very real. In fact, even the best scientists admit that we are only starting to understand it. Now, as a musician, you are working with energy all the time. You put two musicians in a room, and they start to play together. If there is what we call “chemistry”, the energy between the musicians becomes alive. Now according to physics, the energy is there all along, it cannot be created or destroyed. But it can be converted, and it can be channelled. Those two musicians become a funnel that converts and channels that energy to the surrounding area. Now if we put an audience into the room, that energy has recipients. And how much energy it takes for that transaction depends on the resistance. For example, a room full of people is also a room full of distraction. If the people in the room are present and focused on the music, it is easy for the musicians to transfer the musical energy. There are variables to this as well — for example, distraction. A room full of people more than likely will bring on some interaction. Interaction, in general, is good. But in this situation, the interaction is a conversation between people, which is distraction and resistance towards the energy from music. This is why often when musicians talk about the “right kind of concerts” they would like to play; it is usually in front of an audience who are there to listen. Or in other words, they intend to be present to receive the energy from the music. This way “the musical energy” has a path of less resistance.

Artificial amplification of the energy

We can also artificially amplify energy. This is often created in clubs and concerts by amplifying the sound and visuals to direct the audiences focus on the performance. We do this because it has been proven to work, but only to a certain extent. For example, just amplifying the sound will only move more air and at certain decibel levels become uncomfortable and even damaging. This is a common mistake. If there is resistance to the energy, by amplifying the energy, you more than likely amplify the resistance. Also what a lot of musicians hoping to reach “the next level” forget is that often in that perfect concert setting, with an optimal sound, at pleasant decibel level, and an impressive light show, the biggest factor still is the receiver of that energy. Yes, that is the audience. Often they have bought a ticket to the concert sometimes months in advance. They have anticipated for the moment to be present in a space with the source of that energy. They have anticipated receiving that energy. And this is why they arrive to the concert with the least amount of resistance to the energy, in a hopes to be surrounded with people with the same intentions. No amount of artificial amplification of your energy will replace this.

Resistance to the energy

This leads us to the most crucial external component, the listener. Until the artist has an understanding of the importance of the listener, they will most likely fight a losing battle. One of the great things about being a human is that we get to choose what we like and what we don’t. The energy that us musicians funnel comes in endless shapes and forms. And the personal taste of an individual probably is the most significant factor in how much resistance the energy musician will try to funnel will face. Time and time again, I see artists waste energy trying to fight against this resistance. The fact is, not everybody is going to like your music.

Ego is the enemy

It is the artist’s own ego, that gets on the way. If they feel resistance, they will try to force out more energy. If they could ease off on their own ego, and instead try to find a path of less resistance, they could find people who actually like their music. They might even find that some of those people, who first tried to resist, in time warmed up to their energy. And if not, move on. You don’t need to please everybody. In fact, this whole thing is not really about you as an artist. It is about how well you can transfer that energy. It is about how well you can take a room full of people, give them a moment where they can forget about the past and stop worrying about the future, and let them just be present through the energy you offer with your music.