How I became a songwriter 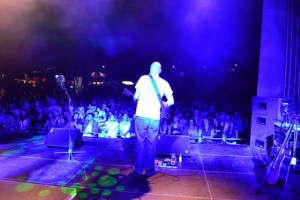 About ten years ago a good friend of mine Barra McAllister, who by the way is a fantastic musician playing the Irish wooden flute, and I were having a few beers. It was just after returning from a long European tour with Sliotar, and as so often is the case, I had missed Barra’s birthday while I was away. I was still coming out of a bad end of a divorce, once again one of those life’s stumbling blogs in your life that just leave a mark on you. Barra had been a good friend throughout it all. It is so important to have friends who can help you get through tough times.

Anyway, we were sitting in Foggy Dew, a famous Dublin rock n’ roll hangout, catching up, and as so often is the case with us, we got talking about songwriting. We disagree as much as we agree on our musical tastes, but that is part of our friendship as well. Barra asked me about a song of mine that we had been playing together for a while and I had also recorded with Sliotar, called “So Many Times”. I had written the song in the middle of all the turbulence that comes with the ending of a marriage. I genuinely thought I had written the song in third person and about some imaginary person. But when Barra asked me if that song was about my break up, it hit me how I had unconsciously put those words on paper without knowing I was writing about myself.

I always had admired great songwriters that could bring their own feelings through their songs. Personally, I had found this to be something magical, and something I thought only the great ones, the likes of Johnny Cash and Tom Waits, could do. But there I was sitting on that bar stool, beer in front of me and realised I had done just that. Communicating my deeper feelings that I wasn’t even able to speak out before through my own song. That was a real changing moment for me as a songwriter. I had written songs for almost as long as I had played guitar, but it was more of an occasional thing, song here song there. But from that day onward, I set out to write songs on a regular bases and concentrate singing mainly my own songs. 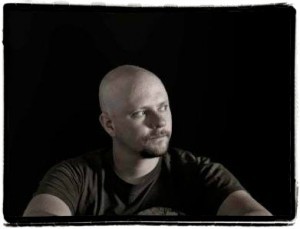 I was honoured that my fellow band members in Sliotar liked the song as well, and it was selected for Sliotar’s Cirque de Sliotar album that came out in 2008 on Idrone Media.

But the version I wrote while sitting alone after yet another pointless argument with my ex was a much more simple acoustic version. And I eventually recorded this version as well.

This version of the track is not currently available for sale, but as a thank you for being one of my subscribers, I want to give it to you for free – no strings attached.

If you like the track, you might also consider checking out my Bandcamp page, which is full of songs from my heart 🙂