Here is why I will have my bacon 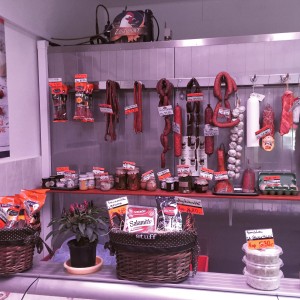 When World Health Organisation releases a report on cancer related subjects the world listens. They are just after putting “processed meat” into same risk category as cigarettes and asbestos. They also rated red meat as “probable” carcinogenic. When the news broke out, the press had a field day with this. There were pictures of bacon and sausages on the front page of nearly every news paper around the globe. Now we rush to change our diets according to this advice.

But wait… This same organisation told us years a go that eating fat was bad, and we proceeded to remove fat from everything and replace it with sugar. As a result the world was hit by an epidemic obesity problem and type two diabetes. Now we have children suffering from type two diabetes and fatty liver.

I am not a doctor, dietician or an expert by no means, just passionate about nutrition. But as soon as the news hit the front pages, I knew this was messed up. So let’s look at this for a second.

World Health Organisation (WHO) is a specialised United Nations agency concerned with global human health. Under them is the International Agency for Research on Cancer (IARC.) IARC does not conduct research, they study other studies, and based on these come to a conclusion and separate “stuff” into categories depending on how much, or little they rise risk of cancer. They have been heavily criticised by the confusing category system in the past by misleading public. Also they have been criticised of suspected industry influences and lack of transparency in the past.

What I am trying to say here is, don’t take everything they say as a fact of life. Question, read and educate your self on the matters of health. First of all to say the great Mediterranean cured meats produced by small producers, or some of the great cold cuts of meat I got to eat last week in Poland are the same “processed meat” than factory produced sausages, that might have very low meat content, or the beef burgers in fast-food restaurants, to me is ridiculous. Also in the same category than processed meat is cigarettes, alcohol and exposure to sun. There is some real research conducted by Karolinska institute in Stockholm, one of the most respected and prestigious medical institutions in the world, where they concluded that the mortality rate of women who avoided sunlight was much higher than those who were highly exposed to it. Still according to WHO we should avoid the sun…

The thing is, I know to take everything the WHO say with a pinch of salt (I’m an avid low-carber, so my body need more salt,) but there are many out there who read the news headlines designed to sell news and believe bacon, serano ham or Polish kabanos will be the death of them. And before we put some great organic meat producers out of business, please read between the lines. The major food industry has taken us for a fool for years. Eat real food, real naturally produced ingredients and reduce the amount of sugar the monster food companies are sneaking into your diet. I for one will have my bacon.

Share:
Bacon Here is why I will have my bacon IARC J.P. Kallio Processed meat Real food SInger-songwriter WHO World Health Organisation