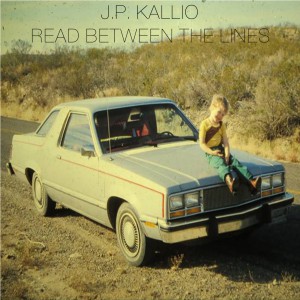 School always seemed to be struggle for me. I later found out I was dyslexic, but my teachers failed to pick up on this. I don’t really blame them though. I moved a lot as my parents tried to build the best life possible for us, so the teachers didn’t really have enough time to get to know me before I was on my way to next school. I found the simplest tasks, like reading out loud and writing, a struggle. I found it hard to get motivated on most subjects, and to be honest with you, looking back now it didn’t look like I had great career prospects ahead of me.

Since I was young, I loved music. Whenever I got a chance to see live music, I was fascinated! I could sit there hours before to just watch the band set up and sound check, and I wouldn’t move until well after the show. So I suppose it was only a matter of time before I picked up the guitar. I fell in love with the instrument. But even more so I fell in love with the idea of making music and playing it live. I started my first band when I was 13, and in a few years time, I was organising school concert tours in all of the schools around our region.

It became clear to me soon enough that music was my calling and nothing else would do. But the music scene in Finland back in the early nineties was tough, and the prospect of making a living from your own music was not the greatest.

In the spring of 1994, my life turned upside down. I got a phone call from my grandfather. You know one of those phone calls where you are glad to hear their voice but with in seconds you know something is horribly wrong? My father was found dead in my grandparents’ garage, where he had taken his own life. The shock hit me like a ton of bricks. I trembled and collapsed on the couch. Eighteen years of age is too young to bury your own father, let alone watch your grandparents bury their first-born child. I don’t think I can ever forget the tears falling off my grandfather’s face as he looked down in to the grave for the one last time.

I believe moments like these are the turning points in our lives. They will leave a mark on you, no matter what. But ultimately you need to pick yourself up and continue on your path. The next morning after the funeral I got up early and headed to a local national park near where I was living at the time. I climbed the highest hill in the area and sat at the top of it to contemplate my young life. One thing had become crystal clear to me. In that fresh spring air filled with the perfume of the pine trees around me, I knew I was not going to waste my life doing something I didn’t love. So I set my sights on Dublin, and after few years, I moved over.

Dublin at the time was buzzing with music, and it didn’t take too long for a young and enthusiastic musician find himself playing several days a week. Late nights in smoke-filled pubs and probably a few too many pints of Guinness became my day-to-day life. I loved it. It felt like I had found my new home. But little did I know I was only in the beginning of my “school of life.” 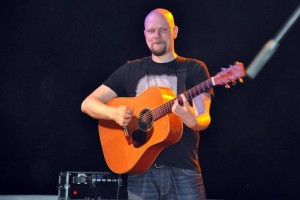 I played in several bands over the years, toured around the world, and played some unbelievable shows! I spent thousands of days on the road, learned what it takes to be in a band and what it takes to perform in front of a live audience. I really connect with people. My guitar became almost an extension to my body, and my songs became a way to communicate what I was feeling and seeing around me. Writing – what I had hated at school became my passion.

Today, I love it all even more. I am grateful for all of the great musicians I got to play with and learned from over the years, but even more so, I am grateful to YOU, the listener, that makes it all matter.

Now I am only in the beginning of a new journey that I know will bring some hard times, many good times and all worth the while experiences on this musical journey. And I hope you will be part of this journey too. Since the beginning of 2014, I have set out to write, record and release a song a week on my blog and my Bandcamp page.

If you’d like to hear the most resent milestone of that journey, click HERE to listen to my latest song.

Thank you for being a listener and making this all matter.