Ego getting on the way of your music career 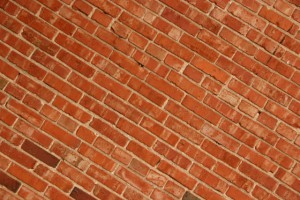 A While back I was talking to a friend of mine, who will stay anonymous. He has a band, kind of early nineties style prog rock. He told me that they were going to record an album. Now they had been a band for about two years. They had done around ten shows or so. I had heard their first demos that they had recorded about a year before. The quality did leave something to desire for. What a lot of people don’t know is that I do also record other bands, when my time allows for it. I have a mobile recording setup that I can bring in to a band rehearsal room. I have done some nice recordings over the years, at a budget an up and coming band can actually afford. But whether they would have recorded with me or not, is another story.

I believe we all as musicians tend to go with our ego at some stage in the beginning of our career. That ego is like a brick wall that is holding you back. And I remember having a conversation with my friend late one night in a bar, and I was in a shock. They had decided to record an album in a local studio that had a quite good reputation. I’ve been to the studio before, and it is a nice professional setup. Full Pro Tools rig and a 24 track tape machine, mic pre’s and microphone’s to drool over, large live room with a grand piano in it, and two large boots connected to it with glass doors. Great place to record a band live. A lot of great albums had been made in this studio over the years. The Band had spent a day there before and the engineer told them he liked the band and would like to work on a full album with them. Now whether the engineer was being genuine or just after a gig, I don’t know and it isn’t really relevant here. They were given a quote of €3000 for the recording (thats about $4100 for my friends at the States side) Now on top of that obviously they would produce the physical CD, with cover artwork and so on. To be honest with you I could not even bother to ask about possible promotion… Now don’t get me wrong here, I think the studio was offering a good deal for them. But they didn’t have any real following… Just their best friends, girlfriends and their friends. This mounted to a bit over 200 Facebook likes. They did not have even a twitter account. So they were going to do an album and sell it to whom? Also he told me that this was their last chance as their drummer was moving out of the country in six months time…

I had a few beers on me and spoke my heart out. Lucky enough he took it the right way 😉 Why do artists feel the need to skip over things? Why do we feel we are more validated once we have an album recorded in the best studio in town? So let’s just say hypothetically, I was put in charge of that album budget, which I would expect to be around €4500, what would I do? I admire them for being willing to invest in their band. But If you put half of that money into cleverly building web presence with the addition of lots of “elbow grease” they would have a big enough following before the first album would come out. Even more so, the possibility to make back their investment. They could have a genuine customer base to sell it to. I mean no other business would ever survive without knowing who they are going to sell their product to, so why do we in the music business live with our heads in the clouds? “If we record an album, people will buy it”. Really? Why would they?

Now don’t get me wrong, I was there in the past! I thought the same way, lucky enough I never had the spare cash to waste on the extortinately expensive (and still probably mediocre) recording. Once I was lucky enough to get to record an album with record label advance (which we obviously had to pay back), which was fun at the time. But at the end of the day the albums that I did on a small budget, with love and care are the ones I am most proud of. I think it is our own ego that gets on the way, and once we manage to put it aside, that is when we can get past the dreaded brick wall and the real work can start.