Country as the last frontier 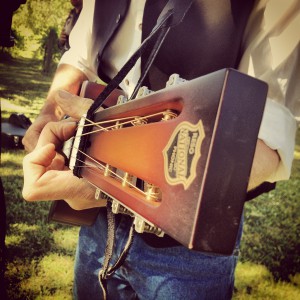 I have gone through most musical genres in my self-inflicted musical discovery/ education. Stacks of CD’s lineup my office walls to prove it… Anybody doubting the practicality of Spotify and Soundcloud are welcome to check out the dust gathering on those CD’s… I have gone through faces of metal, rock, blues, country, folk through all of its extremes, classical, jazz, world music… What always stuck with me was good songwriting, which seems to bring me back to folk, country and punk rock more than anything else 😉

Country music was alway the last safe bet for me when all else failed. It’s where the songwriting stayed true. It was all about telling a story. It’s the story songs that has stood the test of time. Just look in to any traditional folk music, it’s the stories that made the songs live well past their authors.

There has been some great songs in every genre of music, but somehow country brought out the raw talent in a pure form. Now more industrialised the popular music became, the demand for popular and catchy songs grew as well. And somewhere along the way, it seems the lyrical content stopped being about the story and become more about “Me”. We forgot that our job was to tell a story that would inflict emotion on the listener, instead we started to stand on a pedestal portraying our own emotions. But even worse, we did this in an inwardly way. The songs became all about the artist, not about the listener.

But all along this process, county music stayed true to its songwriting craft. Even if you do not like the production of some of the bigger country artists, the songs still have content. Until the past few years… The country music started to include more influences from rock and even some Hip Hop music. Now music is a living, breathing thing and it needs to evolve, and taking influences from other genres has always been part of it. But at the same time the lyrical content of some of the bigger artists started to deteriorate…

It became feel good mush with couple “cold Bud, tailgate, catfish, dirt road” phrases thrown in there to make it sound like country… This is the state of the new so-called “Pop country”. Are we scared to sing about the real life, because the target audience has shifted? We don’t want our children listening to Kacey Musgraves singing about the realities of life? Why? Because it’s too real? Well how are they supposed to learn about it? Instead we sell them the meaningless mush about Luke Bryan’s kind of night… (Sorry Luke fans, but it just not a good song.)

Don’t get me wrong there are some great artists out there. Some fantastic songwriters who craft their songs with pride and pour their heart and soul in to the stories they tell. I reviewed some of these artists albums in the past, like Jason Isbell, John Moreland and Chris Knight just to mention few.

So where do we go from here? Well, the power is in your hands. The listener does decide what sells in the long run. The mainstream radio is still completely controlled by the major labels, but through platforms like Spotify, you decide what you listen to. And by sharing on social media what you listen to, you can make a difference 🙂 Remember, the change starts from within us. So here’s a playlist I decided to share with you guys with some great county music from the past few years 🙂 Some of it is well know, some of it not so and most of it pushing the boarders of country music as we have become to know it these days.