Are we caging art into a product? 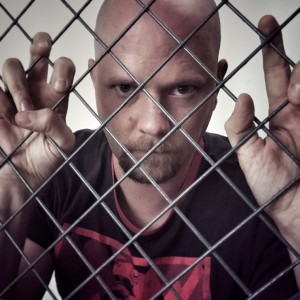 What was the product in music 150 years ago from today? I mean surely most people had music in their life in some form. Granted, they did not have access to endless albums at their fingertips. Still, there were professional musicians. In fact the oldest known musical instrument, a type of flute is thought to date back at least 40000 years! So we have had hundreds of decades of musicians, and the first known audio recording only dates back to 1878. The first format was phonograph cylinder, and it was the first format of commercial music, and controlled the market for nearly thirty years. This also was also crisis in the music industry, as the recorded music took over and the sales of sheet music dropped.

So the idea of music as a physical product that we pay money for is less than 140 years old. Still the first record of “professional musician” dates back roughly 3500 years to the tomb of Nakht in Egypt. So thousands, if not tens of thousands years musicians survived without having a recorded product to sell. Every performance was unique, as that is exactly what it was, a performance. Musicians memorised music, as they did not have their smart phones to make notes in.

But with the recorded music, we started to expect a reproduction of a particular piece of music. We caged the song. That recorded version was the “original.” Now let me tell you this, by the time you hear the “original,” the artist more than likely has gone through several versions of the song. They have painstakingly crafted a song, rehearsed it, arranged it, probably abandoned many bits and bobs from it. And now you want to hear that “original” version. In fact, if you hear a covers band, you rate them based on how close to the “original” version they reproduce the song.

Music by its nature is living organic thing. The so-called fall of the record industry might present us artists with financial challenges, but at the same time it has presented us with a lot more creative freedom. Maybe we should stop thinking recorded music as a caged product, where we try to capture the essence of the song in its most polished form. Maybe we should start to view it as capturing the moment. I am a strong believer in capturing new music fresh, this is why I often record songs the day I write them.

Many of my fellow musicians struggle with this concept, because they have been brought up with the concept of that “Original” polished product. They believe that with time, they can make things perfect. Don’t get me wrong, I don’t condemn this approach at all. It’s just not for me. I believe in freshness, in the performance in the moment. I believe often your first instinct is the best.

So instead of trying to cage the music, why not let it be free? Why not take away the price and let people pay what they want? Why not let it be an artistic expression, without the expectation brought on by the $10 price tag? So I ask you, are we caging art into a product? Should we not let it roam free?