So here we are 🙂 I have posted all the songs from Northern Boy and it is time to let you in on my follow up plan. When I started posting songs once a week in January, I did have bit more long term plan than just the thirteen songs from the Northern Boy. So today you will hear the first song from my second solo album that will be out on the 10th of June, but I will have more details for you in the coming weeks. For now, hit that play button in the Soundcloud player above and read on. 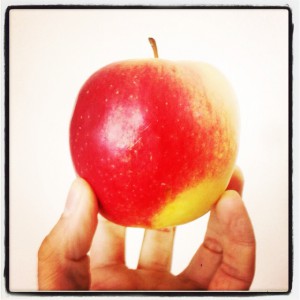 This weeks song, called “Apple” is all about the differences between man and a woman, and how they might manifest in a relationship. When I was growing up in the late eighties and early nineties in Finland, the feminist movement was very strong and often made the news. To tell you the truth, Finnish men had been quite stubborn, so the women had to fight their way. But as always is the case with anything, sometimes things gets out of hand. I remember seeing an older man opening a door to a woman walking in to a shop. He got an angry look from the woman as she asked “do you think I can’t open the door my self?”. Now I am not going to go on a rant one way or the other on the subject, but lets just say I felt sorry for the old man who was only trying to do what was the right thing in his mind.

In this song I am kind of trying to show from my perspective, that we are different and in my eyes there is nothing wrong with that. In fact, personally I like it 😉 It fascinates me how we sometimes see things differently. I would be the first to admit that men are dysfunctional and often suffer from serious inability to communicate 🙂 So “if I drew you an apple, you thought it was a pear – No one’s really right or wrong”

Once again, I am delighted to have you with me as we start the next chapter in this musical journey. Your support has been immense! And as always I really appreciate all the shares, likes and comments. Thanks!