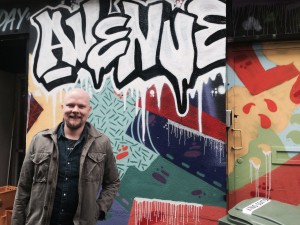 Half way through June, it really seems like time does move faster when you are having fun 😀 This has been a week of getting focused and making some decisions that I’ve been putting off for a while. The acoustic versions of the songs for the new album are now all up on my blog, but with all of the developments with Melosity, rehearsals and few other things I have in the plans, the final recordings for the album are running late. So I decided to let the album take its time. Even though I work well with pressures of self set deadlines, that only works when it comes to me. But this time I wanted to include more people, a lot more people. So a bit of flexibility was required 😉 As a result, the new release date is, when ever all of us are ready 😀

But that does not mean I’ll be slowing down. Next week I’ll be posting a new song from the next patch of songs 😉 So upwards and onwards.

So let’s get in to this week’s blog posts. It was a busy week in the blogging front as well.

This weeks song “Let Me” is taking a little bit different approach to song writing, and I know this one will not be everyone’s cup of tea. Find out for your self here:

On Monday I had to get something off my chest. Ironically I found out during the week that one of my regular music shops is being bought out…

Letter to my local music store

Here’s a new Twitter feature I have been having fun with:

The launch of Apple Music was announced during the week. It already seems to have won over both lovers and haters:

It is important to be able to diversify in today’s music business:

Here are some of my productivity tips on boosting your creativity:

How to boost your creativity

Focus on the right stuff:

This last quick tip of the week sums up what most of your promotion efforts come down to:

And last but not least, we have new rehearsal video. This is a song I am really enjoying singing lately:

Call off the angels rehearsal video

That wraps up another week. As always I’d love to hear your feedback and suggestions. But for now, keep it real 😉