Why I won’t sing Galway Girl 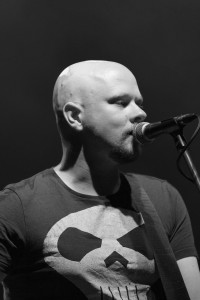 I have been a “foreigner” in a city that has adopted me for nearly 20 years now. I came here as a young man barely out of his teenage years. I had been bitten by the Irish Traditional music bug. I dug deep, consumed every bit of music I could get my hands on. My passion was the Traditional Irish Dance music, not the Ballads. There were lot’s of great traditional songs, and some that had been murdered to death by over exposure, but my passion was in the instrumental music. I learned hundreds of tunes, listened to the best guitar players around and how they approached the backing of this wonderful music. My passion and hard work payed off. I became good at it and after a while I was playing five nights a week. This became my life, my job.

But after a while the songs started to call me again. Since almost as long as I’d been playing guitar, I had been writing songs. But when I landed in Ireland, I stopped, I stopped for a few years. It wasn’t a decision I made, it just happened. But as the years went by more and more I was asked to sing songs again. But often times I was asked to sing the Irish Ballads. I thought it was just something I had to learn to do, but the more I tried the more out of place I felt.

The thing is, for me to do justice to a song, I need to feel it, get inside of it. This is why I mostly sing my own songs. I have sang and will sing in the future other peoples songs in a rare occasion, but only the ones that vibrate with me, the ones I can get inside and make my own. There is still that little underlying guilt when people ask you to sing the Wild Rover, the Whiskey in the Jar, the Dirty Old Town or the Galway girl (by the way, not an Irish song, but written by Steve Earle), but at the same time, this world is full of people that do much better job at it than I will ever do. If you run in to me and I have guitar with me and you ask me to sing one of my own songs, I’ll gladly do it 🙂 That’s what I am good at.