Won’t You Help Me

January 2, 2015 by jpkallio in Songs ⋅ Uncategorized 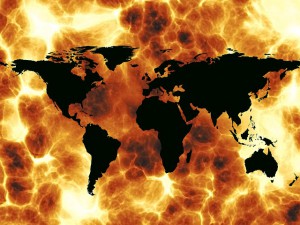 You might think I’m just a silly fool, but I believe the balance in our world between the ones who have all the money and the ones who have none is coming to a tipping point. The recession the western world is barely climbing out from only made that divide bigger than ever. The hard cold fact is that any time in the history of the human race this has happened, the pitchforks came out… I believe if we do not try to balance out some of the injustices in our world, we will be heading for an inevitable revolution.

The problem is that we always try to change things by pointing out what everybody else is doing wrong. I know I mentioned this before, but I strongly believe the true change comes from within us. So I am asking you in the dawn of the year 2015 what could you change within you that would make this world just a little bit better place?

This week’s song Is the first song of our new chapter, new journey. Even though I have been expanding on the arrangements of some of the songs lately it was very important for me to start the year and the next album, which will be out sometime in March, with just the guitar and my voice. It is OK to explore the music, but never forget where you come from. After all It was just my guitar and voice that started my first solo album last year on this same day 🙂

You guys spread the word about my music in a way I could have never expected and helped me build this nice community of music / coffee fans and allowed me to keep writing and recording more music. So please keep up the good work in 2015 and hit those shares 🙂