War stories from the road 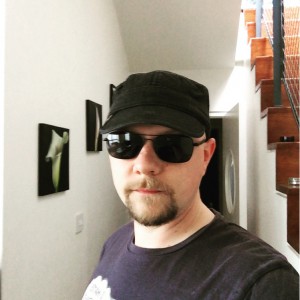 In the past few days I have got a serious beating by the hay fever season here in Ireland, while still trying to keep working as much as I possibly can. Singing becomes a real chore when you feel the need to sneeze all the way through the song… If things don’t ease up soon, I think I need to throw in a towel and go to see my doctor. During the weekend I was playing few shows in Germany, and even though I could feel my hay fever there as well, it was much more manageable. You see no one does the grass pollen season quite like Ireland 😉

But the nature of what I do, being an independent musician, you just simply don’t take days off. I’ve struggled through some quite nasty things in the past. And these are some of the war stories you rarely hear, especially from independent musicians. So here’s few 😉

There are four particular incidents that still today stand out for me. I mean I’ve had a quite few really bad chest infections on the road, and I can tell you being sick while on tour really suck… But Lets start with hay fever related story 🙂 I’ll keep the places and events out of these as in most cases there was no one (except maybe me…) to blame.

It was late May, we had just arrived to a festival, where Sliotar was about to perform a show. The festival venue was a circus tent set up on a football grounds. And just before setting up the tent that morning, they had cut the grass… I think I managed about 30 mins in the tent before my head exploded in to a crazy fit of sneezing… My eyes swelled up in to two tomatoes, and my nose was like a tap that someone had left open. Anybody who suffers from hay fever knows that prevention is the name of the game. Antihistamines work the best when taken before the symptoms get bad…

So there was a whole crew of people from the festival set out to find the strongest possible antihistamine in the area. After feeling ridiculously miserable for few hours, an hour before the show I overdosed (kids, never do this!) on the antihistamines and got through the gig.

One time I was on a tour for two weeks, and when I left on the tour I had this small dull pain in my foot. But hey I am a man, what does not kill you makes you stronger… So I struggled on, and day after day the pain got worse. All my band mates were making jokes about how I had gout… (Ironically, years later one of my bad mates actually got it…) I remember one night, I thought to try doing a show without my shoes on. My silly logic was still blaming he shoes. But some where during the night, when I was rocking it hard, I felt just little bit sharper pain in my foot. But hey, show must go on.

Through out the tour my walking got slower, and on the flight back home, especially walking around the transit halls of airports, I promised my self I needed to see my doctor when I get home. Sure enough the first morning back home I hobbled over to the doctor. Her first thought was I had an infection in one of the joints in my foot, and that it could not be fractured if I had been able to walk with it for the past few weeks, which everybody had been telling me throughout the tour. But just in case she sent me in for an X-ray. It turned out I had a stress fracture in my foot and even though i hobbled in to the hospital, I came out in crutches and my foot in a cast.

The last one was a close call of me making a show of my self during a show, but somehow timing was on my side. We played a festival that took place in a resort hotel. It was a great event and completely sold out. We were treated like royals. Before the show we got to enjoy a massive buffet, and everything tasted delicious. We played a stormer of a show, and I was fine, apart from a small heartburn. But after the show I started to feel bit iffy in my stomach, and decided to call it an early night. I barely made it in to my hotel room before I knew the toilet was calling. What proceeded was the most violent food poisoning I have ever had… I was in the toilet all night every 30mins…

By the morning I was feeling really weak, but we had a meet and greet show with Sliotar… I must have looked like a ghost! But I got through it with the help of my band mates filling in few toilet breaks for me.

So as you can see, it is not all glamour, but you do what ever it takes to deliver the show.