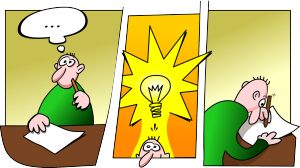 I’m playing a few of my songs in the Mezz bar here in Dublin on the night I am writing this blog post. I was asked to play a handful of songs by the organisers few days ago after they had a listen to my music online. It is always nice to be asked 🙂 This got me thinking though and as you know me thinking can sometimes be a dangerous thing 😉

As you may or might not know, I decided to release 52 songs in 2014, song a week. This was after years of putting off recording a solo album. Now it is November of 2014 and I have my fourth solo album coming out in the beginning of the next month 🙂 I have learned the importance of just getting up and doing it in the past year in a big way. Now as the year is coming to an end, I am wondering what’s next. I’ve been asked by a few people to perform a few shows in the new year, not quite enough to organise a full blown tour, but enough to get started. Little part of me also is playing with the idea of continuing releasing a song a week in 2015. But I find myself being quite indecisive at the moment.

So why am I so indecisive? Well getting that message to perform tonight kind of woke me up with it. I am letting the fear of the unknown and failure get in the way once again, the same feelings that held me back for year from releasing my first solo album. What if I try and fail? Would it not be easier to just not do it in the first place? Sure I’ll do it tomorrow…

The most powerful thing right now is the fact that because of my past mistakes and failures I recognised these feelings. In the past I would have just went with those feelings… And guess where it would it take me? Nowhere! This was a real wake up call. So I am setting out a plan to see past those fears. My past mistakes helped me to recognise the fear of failure in the first place, so even if I was to fail, at least there will be something to learn along the way.

Now I don’t mean I am just taking the task on lightly and won’t care if it fails, just the opposite. I am very driven and always set out to succeed. I will take the time (which I allocate for it) to map out the benefits and setbacks of all of the paths and then make a decision what I will do and plan how to execute it.

So is the fear of failure holding you back? You might think it is not there, but I bet you it is. Are you willing to face it? Are you willing to make something happen instead of waiting for it to happen? Make today count! Make the rest of the week, month and year count. And when 2015 comes along, take it on with conviction, don’t just float through it.