The value of free music 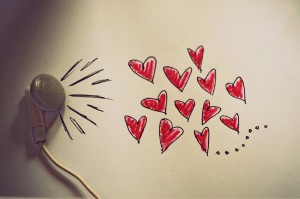 When it comes to free music, there seems to be two camps. One that just assumes that by giving music away for free, you devalue it, and the other who believe there is more than just monetary value in music. I have been giving away free tracks for a quite a while now. Once in a while I get people telling me, that I should not be giving away so much of my music. But what I am giving away for free is only small percentage of the music I have released. Those of you who know what I do, know I release a lot of music 😉

The thing about releasing so much music, is that it gives me an opportunity to test different ways of releasing the music. My latest experiment was to give people an option to download tracks for free, or give them an option to pay what they wanted. And the results were interesting to say the least. Lets say you decide to charge $9.99 for an album download. You hold on to that price with your dear life. I mean you worked hard for the music, surely it needs to have a price tag.

But what good is a price tag if no one is buying? Should we still hold on to it? We give out about the streaming services not paying us enough, but what if no one is listening to your music on Spotify, or Apple music? What’s the point in complaining?

For me, giving away music for an exchange for signing up to my mailing list, was a way to build relationship with people who just might be interested in my music. You see, in the next chapter in the music business, which we are living through right now, it is not the fans job to find your music. It is your job to tell the fans about your music. We can all cry about “the good old days,” but they are never coming back.

The thing so many of us seem to forget, is that the whole business is not about the supplier (musician, record labels, industry people), but the consumer, the music fan. Nothing we think we should, or shouldn’t do has no meaning, unless we put the music fan first. This does not meant the general public as in whole, as most of them will be happy to get their fix of top ten artists on radio, YouTube or the Spotify’s free service. This means the true fans, true music fans who want to support the artist, as long as the artist give them a chance to do so. They don’t think just because the music is available for free, that it does not have any value.

What I learned from my experiment? That the true fans are out there, and It is your job to find them. It is your job to give them a chance to support the music you make from your heart. If ten people download your track for free and maybe even share it with their friends, that is OK. And that’s just what 90% of the people did, but then there was that 10% who paid, and they paid generously. Not because there was a price tag, but because there was none. They wanted to reward my generosity with generosity. And if I would have stuck a price tag on it, as I did in the past, I probably would not have seen the generosity. You see, my free music has value 🙂