Two paths in the music business 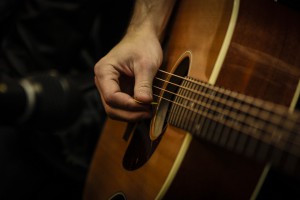 Let’s look at two imaginary aspiring musicians, whose dream is to someday make living out of music. Lets call them John and Jack.

John has been playing guitar from a very young age. He had a passion for the instrument, spending hours on end learning guitar licks from the masters. His technical skills developed at young age due to the fact that he was putting in the long hours. He was told often that he was talented. It felt like no song was too hard to learn as John knew how to break them down to manageable chunks and learn them. John loved playing live, he especially enjoyed the admiration he was getting from the fellow musicians.

Jack was an aspiring musician as well. He worked hard at it, but his approach was very different. He was eager to learn songs. He loved being able to tell the stories in them. He listened to the great ones from the past, he watched videos of them performing hours on end. He became fascinated about the structures of the songs and attempted to write songs at very young age. He also loved to perform live. In fact he loved it so much that he set out to organise local shows in schools, youth clubs, where ever he could.

When John left school, he was regarded as a great player. He had loads of requests to join bands, but none of them really lead to any “real work”. Besides John thought most bands on the scene were not up to his standard. He wanted to play in a technically challenging band where he could showcase his abilities as a guitar player. He was working on his own band, it was going to be the best band in town. John knew it was only a mater of time before he was discovered. In the meantime he thought the best thing he could do was to keep developing his technical skills.

Jack was faced with a decision after school. He knew he was a good musician, and a good songwriter. But he was aware that this was not enough. To succeed in the modern-day music market you had to have a plan. Jack could either get a day job and treat the music as a hobby, or he could give it a serious go. So Jack got a temporary job to finance his business adventure. He made a budget for his first album and with the money saved from his temporary job set out to record it. His aim was to have a high quality business card. He also researched online marketing and how to build a fan base through social media. He started to target the kind of music fans that would be in to his kind of music.

Ten years down the line, John had a career in engineering, the music had taken a back seat. He was very disappointed in the music business. It seemed there were so many low quality acts making the charts, while talented musicians like him could never catch a break. He still played in a covers band that he played with few times of the month, but he had realised that was probably how far his career in music would go.

In the meantime Jack’s career had progressed. He never made it to the charts, but he had a loyal fan base and a touring circuit that gave him comfortable enough living, considering he was living the dream. Jack had continued his studies in to business and marketing, all a while working on his skills as a performer. His 150 shows a year had moulded him in to a great live performer. He recorded a new album almost every year between the tours. He had a group of super fans who bought every album as soon as they came out. Also the album sales at the live shows were strong. Jack was running a lean business and still providing a quality show.

These are the two stories I’ve recognised in the music business. It is very rare the John’s model ever leads to any kind of sustainable career. Whereas the Jack’s model is that has been there all along in some shape or form, and in fact these hardworking warriors of the music industry also occasionally make their way in to the mainstream. So I have one question for my musician friends, which one of these two paths in the music business are you on?