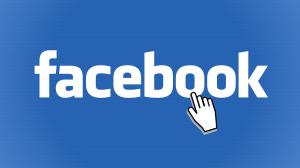 In the past year the organic reach of Facebook pages has been steadily dropping in the past year and after new year this will sink even more. Basically the way Facebook is heading is if you want to reach the people who like your page, you will need to boost your posts, which is obviously going to cost you money. The two social media sites I’ve been using actively in the past year have been Twitter and Facebook. They have been the major source of traffic to my website and to my blog posts. But through our the year the traffic from Facebook has been dropping and from twitter rising. I did expect this all along as the restructuring of the Facebook pages was on the cards. I did compensate for this by boosting my posts on Facebook with a small budget.

I am by no means an expert at Facebook ads, but I do know my way around them well enough. Lately I noticed a slight rise in likes on my posts on my Facebook page, but this did not seem to convert into traffic from Facebook to my website. So I decided to run an experiment of not boosting any posts for a full week and to see the effect on my website traffic. And here is what I noticed.

As I expected, there was a massive drop in the reach of my Facebook page. My post reach dropped 94.3% and my Facebook pages total reach dropped 66.3%. But the interesting detail and the true test of the effects of my test was the effect on my website, which had a 10% drop in traffic. Now this was only a short one week experiment, but it is an indicator.

So what is my conclusion? In the past few months the traffic to my website was roughly divided as follows:
Twitter: 30%
Facebook: 30%
Search engines: 30%
Other sources 10%

I have also seen a move where the traffic from Twitter and search engines are on a rise, but traffic Facebook is slowly dropping. So I do need to question if the Facebook ads, which in the past have been very effective, are as effective and good value they have been in the past. You might know I have had my doubts about the effectiveness of Facebook as a promotional tool for musicians in the near future. This experiment just further confirms my doubts. So as I have preached in the past, as a musician you need to have your own website! And as social media goes, I’d highly recommend you spend more time on twitter, if you would like to see results for your time.