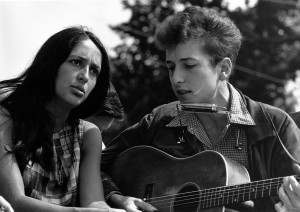 In the wise words of Tom Waits “For a songwriter, you don’t really go to songwriting school; you learn by listening to tunes. And you try to understand them and take them apart and see what they’re made of, and wonder if you can make one, too.”

I was just listening to the original version of Bob Dylan’s “Like a Rolling Stone”. When this track was recorded, it broke the mold. Columbia records did not want to release it because of it being over 6 mins long, which at the time was considered too long for radio. In fact the suits in the marketing and sales department deemed it unusable. But a version of it leaked and got played at a New York club. The audience went crazy over the track and requested it to be played over and over again. The following morning a phone call from a programming director from a to 40 leading radio stations demanding a copy changed the history.

The track was released as a single where the song was split on two sides. Most radio stations were hesitant to play more than a part of the song, but as a result the listeners started calling in demanding the complete song. The song spent 12 weeks on the US charts and peaked at 2nd place, just behind Beatles’ “Help!”

You need to realise, that most songs on the  radio those days were shorter than 3 mins. The fact that “Like a Rolling Stone” became so popular is a proof of the fact that there is no rules when it comes songwriting. You can’t write songs according to the limitations of what the marketing department believes will or will not work.

The other thing I often wondered about the song is the fact that it is not “perfect”. I mean as a songwriter it is as perfect as one could hope for, but musically there are guitars on the verge of being out of tune, and there is obvious timing issues. Are these some of the things that actually made the song so popular? I mean these days it is so common practice to edit the backing tracks of any song to perfection, where the guitar actually end up being just a loop, copied and pasted all along the song. But was it the fact that every verse on the track were organically just that little bit different?

Today Bob Dylan’s songs are some of the first lessons every songwriter should study. And I for one greatly appreciate how Mr Dylan has openly explained the importance of the influence of folk music and other songwriters before him. I did talk about in the past how originally sometimes is over rated (HERE). We try so hard to be original, that we forget to study the great masters that came before us. Dylan pushes the boundaries over and over again, but still remains true to the tradition.