The suicide rates in Ireland are at all time high. And still it seems to be brushed under the carpet. It is 2014 we should be able to talk about it openly. I for one will never be silent. 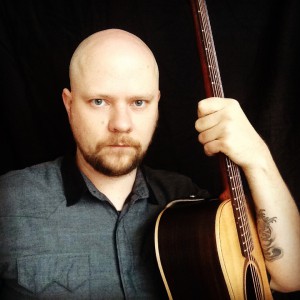 In 1994 I lost my father. He was a victim of not so different banking system collapse in Finland that we are recovering (or trying to) around the world. The banks in the late eighties were throwing money at people and my father had a logistics company that he built from a scratch and the banks pushing loans left, right and centre very irresponsibly, the company grew fast. Sure he made mistakes, but at the end it was his house the banks went after and every new job he started the banks would deduct his wages instantly. He felt there was no way out and drifted in to depression. And on a spring afternoon I got a call from my grandfather that he was found in his car in their closed garage with the engine still running and by the time he was found it was too late to save him.

It left me with a million questions that I still after 20 years later try to understand. I have talked to lots of people about this as I believe my story might help others and if even one person gets help before it is too late, it is worth every little bit I do. I talked to other people who have lost someone close to them and I talked to people who have tried to take their own life’s. One thing that I have come across few times is that people who have tried to take their own life’s felt that their loved ones would be better off without them. And I just want to say this from someone who has lost, that your loved ones will never be better off without you, no matter how bad the situation gets. You see, the wounds heal over time, but the scars we will carry to the end of our days. So please, if you are lost, ask for help, talk to people, family, friends, your doctor or even a stranger in a coffee shop.

2014 has been an amazing year for me. I have accomplished things I never thought I would. Last year my solo career was “on hold”. Next week my fourth album in a year is coming out and I have shared my music with thousands of people. But also blogging about the songs, music business and life in general has almost been a healing experience. I looked deeper into myself than ever before and opened lots of old wounds and let them finally heal. So this weeks song “1994” is my way of letting go and I hope it might give hope to others. Let’s stop the silence.