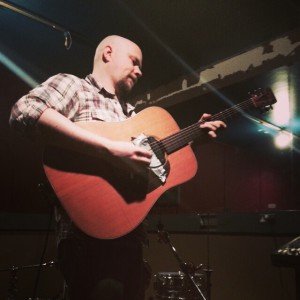 This weeks song is my new favourite, I can’t stop singing it 😉 And suitably it is called “So I Sing”. This song digs in to a subject which I believe any artist have struggled at some point in their career. Going after your dreams can make us not the easiest people to be in a relationship with. It is easy to see us as just “dreamers”. But also we need to sacrifice things in our everyday life. Our work is unpredictable and the hours are very antisocial. I’d say in the past 17 years I have had about 50 Saturday nights off..

So why do I do it? Because to me to waste the gift granted to me would be one of the biggest sins in our life. I knew I wanted to do this from a very young age. But almost as long back as I dreamed about becoming a musician, I was told it cannot be done. When I gave up on school during some hard times in my life, my mother trying to help me the best she could sent me to a career counsellor. I sat through all the usual tests and interviews. But at the end the counsellor told me that the test does not actually include music as a career path, but she was fully aware that it was what I wanted to do and what ever she was going to say would not stop me pursuing that path 😀 I was pretty determined even at young age 😉 I think her recommendation was social worker of some sort…

So I Sing. It was never an easy path. Growing up I was a shy kid, so getting up on front of the crowd and sing was a struggle. But the desire to do it was stronger than the fear. Now it is a second nature to me, and I could not imagine a life without being able to get up in front of an audience and sing.

Oh yeah, and many of those people who told me along the way that it could not be done, now have jobs that they practically hate. I can genuinely say I love my job.

As always, hit that play button on the Soundcloud player, leave comments and share 🙂