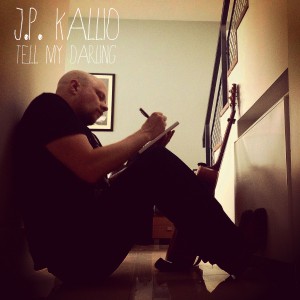 Today my third album “Tell My Daring” is up on iTunes for the pre-sales. It will be officially out on the 9th of September. This will be my third album since March and 36 songs released this year so far. I know it sounds crazy and when I first had the idea of churning out a song a week, I’ll be honest it did sound quite overwhelming. Today it seems like the most natural thing for me to do. I love writing songs, but the songs are nothing if no one else hears them. So yes, there have been many people along the way saying I should take it easy and they have given me numerous reasons why I should not do this. But at the end of the day, my gut and my heart are screaming resounding “DO IT!”

There are so many preconceptions in the music business. There are ways you are expected to do things, some set by the industry, some we hold on to as that’s the way our heroes did it. But nothing works the way it used to, in fact many things in this world don’t work the way it used to. We have information at the tip of our fingers, we can get a product from the other side of the world sent to us cheaper, faster and better than anybody can make it locally. Most of us travel from country to country these days like we used to travel on a bus to the next town. So if I listen to the people who think they know what is right and wrong, my feeling is I’ll be stuck in the past. Instead I listen and observe the people who are doing it. And not just in music, but the arts in general, writers, bloggers, entrepreneurs… It is ok to read a book about songwriting from ten years ago, the same rules apply. But if you read a book about the music business, by the time it hit’s the shops, it’s probably out of date, that’s how fast things change. Up to date blogs are probably some of the best info out there at the moment. So I observe, learn, adapt and execute.

But what if I am wrong? And what if “they” are right? Well, first of all I ask myself one question: What’s the worst that can happen? You see, often we fear for the worst, but in reality we don’t know what the worst is. I think as a musician my worst would be if no one would listen to my songs. So you guys have made sure my worst fear didn’t happen 🙂 You listened, you read my blogs, joined me on Twitter and Facebook, you signed up to my mailing list and that was all the proof I needed. But let’s just for a second imagine, I did fail, no one listened… Well obviously it would be a massive blow mentally, but at the end of the day I could stand with my head high and say, at least I did give it a go. That’s more than most people can say.