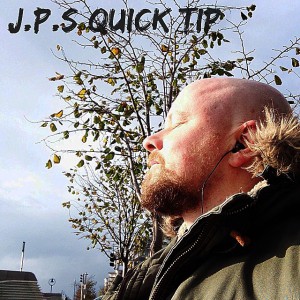 If you ever played in a band night that has several acts, or even open mic night, you must have seen that one act that just takes forever to set up. It is frustrating to everyone involved. The band taking their time is eating in to everyone else’s performance time, and more than likely loosing a chunk of the audience as well.

To make sure you will not be that band, practice your setup. Time how long it takes for your drummer to set up. Figure out if the other band members can help in any way. The setup is no time for jamming. I once worked with a drummer who proceeded to test the drum kit after every new drum or cymbal was added. This used to drive the rest of the band mad! In contrast, I now play with a drummer who can set up his drum kit in less than five minutes, and he can do it without hitting a single drum. Set up everything before you start hitting things.

Also not only drummers, but also the rest of the band, be aware of the sound crew working on the stage. You do not want to blow their ears when they are kneeling in front of your amp, or setting up microphones for your drum kit.

Be considered, fast and professional.