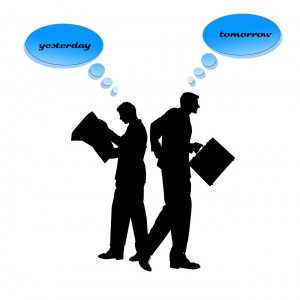 I think it is only fair that I will try to explain in a small way why I have been so vocal about some current affair issues here in Ireland and to some extent globally in the past few months. From the very get go when I started this blog I made the decision that this was going to be different from my past blogs (my blogging days go back to the days of myspace). In the past I got focused on a specific subject, but I wanted this to be my blog, where even though the main focus is music, I can talk about anything and everything.

But more than that, when I came into Ireland 18 years ago I was very aware of that even though I came here to stay, it was still my choice to be here. So I thought it was only fitting to not express my opinions about the local politics. This has changed a lot in the past year (among many other things) and I felt I had to say something.

In the past 18 years Ireland has been great to me. I met so many wonderful people, whom many of them became very good friends of mine. A good friend of mine jokingly said many years back that “Irish people have a healthy disrespect for authority”. This does not mean the Irish are not law abiding citizens, just the opposite. But they do question things rather than just put up with it. But when Ireland was hit by the recession in 2008 something changed. The government at the time told the people “we are in deep shit and we need a bailout”. What I observed made me angry. I felt the Irish government at the time were insulting the intelligence of Irish people, of whom many had become great friends of mine.

But what the recession did and often does, was oppress people into just trying to get by from day to day. There was anger when the taxes were raised, there was anger when the “Universal social charge” was introduced, but people put up with it… In 2013 the current government decided to introduce “Irish Water”, a company who would charge the general public for domestic use of water. This was the last nail in the coffin for many people in the country. The Irish people came out to voice their anger in force in October and November this year. Since then there has been raised awareness on homelessness due to the tragic death of John Corrie just outside the government buildings. There has been angry talk about how the Dublin city centre is struggling with crime, drug use, antisocial behaviour… The property prices are rising at an alarming rate and the rents are rocketing through the roof. The government tells us how according to the figures things are better, but the people do not feel it.

Now on this Wednesday, the 10th of December 2014 people of Ireland will protest once again outside the government buildings. I will be there with them and encourage all my friends in Ireland to do the same. The injustice towards these people who I have become to love dearly has gone past the point of me being silent observer. They have welcomed me into their society as one of them. And this protest is not only about the water anymore, it is about everything the Irish people have gone through in the recent history. It is a nation united saying no more.

I was brought up with a very strong sense of right and wrong, my mother made sure of that. I’m sure some people in this world might not agree with all of my values, but what I am talking about here is general justice and equality. Ethics is a new trend in business, which is still making its way and has a lot of opposition as well. But I think this ethical approach has to be introduced into other parts of our society. Maybe the old models are not functioning anymore. Maybe we need to be more innovative in how we run our society. Maybe it is time for a clean slate. The rules of business have changed. The technology has made information available to all of us. How we live, work, eat, communicate, travel, all of it has changed. It is a new world we live in. So why do we try to run it with the old rules? Why won’t we try to make this world of ours a better place for the future generations?