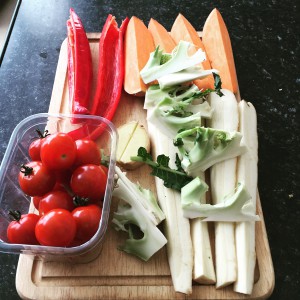 It was Friday, like any other Friday. I was in a middle of one of my personal experiments. Like most of us, from time to time after too much partying (beer) fast living (take away dinners) and eating out too much I hit the point where the reflection of my self in the mirror is shouts out “I predict a diet!” I love my food, I love my beer and I hate loosing weight 😀 But like with everything I do, I always look for the most effective and least time-consuming way of doing things. This time I had a very specific eating plan, I was intrigued to see if I could trick my body to drop as much of the excessive fat as fast as possible. Yep you heard me, I was looking for a quick fix 😉

But the thing is, even though the above makes it sound like I eat and drink crap all the time, I actually am very conscious of what I put in to my body. If I say fast food, this usually means burritos, sushi, occasional pizza and even more rare Indian, no McDonalds, KFC etc. I eat high protein breakfast almost every day, and try my best to eat as much green stuff as I possibly can. Also most of the beer I drink is produced by breweries who don’t use chemicals in their brewing process. So as you can see, I’m not completely ignorant to what I eat.

But from time to time, you need to rein in the excess, restore the balance. And I do like to experiment, I find it intriguing to see what works and what does not. I’ve tried loads of things in the past, but more on them some other time. This time I decided to give my body the best stuff possible. I was going to raise my fruit and vegetable intake by juicing. It’s been a trend in the past few years. I’ve had my juicer well over ten years, but admittedly it got left in the back of the cupboard for the most of it. It was time to resurrect it.

Lets make it clear though, I was not doing a juice fast. I still consumed protein, at least twice a day. But I was drinking between one and a half and two litters of freshly made juice a day (that’s about three to four pints). In my experience lousy way to lose weight is by counting calories. Our body is never going to use 100 calories from a refined sugar the same way it would use 100 calories from broccoli. So what I was trying to do was to boost my body’s nutrient intake.

This particular Friday was day five of my experiment. I was getting settled into my routine. I could feel a definite energy boost, having said that I had experiences something similar every time I had dropped white carbs in the past, first few days felt like crap, then I got more energy. I had been reading about juices and realised my juices were bit heavy on the fruits. Lets not forget, even though it is natural, there are a lot of sugars in fruits. 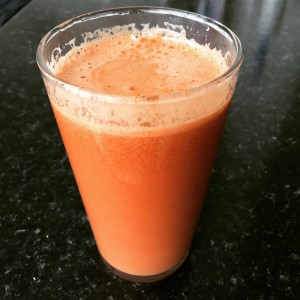 So it was time for a mad juicers experiment number 22 😉 I prepared my vegetables and there in front of me on the chopping board was something that looked more like ingredients for a soup. But I was determined to give this ago. My taste buds we’re questioning my sanity, but I told them to shut up and suck it up! My trusty old juicer kicked in to gear and I started to push cherry tomatoes through it, followed by sweet potato, ginger, broccoli stalk, red pepper and parsnip.

The result looked bit like carrot juice in colour. The taste was hard to describe, but it was not unpleasant at all. It did remind me a cold soup a bit, but at the same time it did have kind of thirst quenching feel to it. I was drinking a pint of vegetables. Who’d knew…

P.S. As you might have noticed, this post is quite far away from my usual music related stuff. I’d like to know if you enjoyed it and should I do more of these? Let me know in the comments, or tweet me @jpkalliomusic