Letter to my love 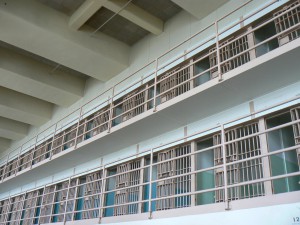 This weeks song is a second part to an earlier song of mine some of you might remember called “Tell My Darling”. if you don’t know the song, I urge you to check it out HERE. You can also get a version of it as part of the eight free songs you get if you sign-up to my mailing list HERE.

“Tell My Darling” was a story of a poor man who wanted to marry his first love, but the price of the ring was more than he could afford. So he decided to break in to jewellery store with drastic consequences. “Letter to my love” take us twenty years later, which he has spent in a prison, while the love of his life moved on with her life. It is him writing letter to confess that he never stopped loving here, and that it is hard to deal with the idea that she now is married to another man.

Sometimes the characters in songs take on a life of their own, and this definitely was one of them. Love does funny things to a man, but so does convicting a crime and serving time for it. And time can have strange effect on how you perceive things. Resentment can grow, or fade. Every person have their unique way of dealing with the past. This song does not conclude the story. I feel there is a lot more to it. But for now here is “Letter to my love”

I have left the past few songs arrangement bit sparse for two reasons. I know some of you like the simple approach of just acoustic guitar and the voice, but also I have decided to change the way I release these songs. You will hear the song here in their most basic form. But the album versions will be little bit different 😉 Let me know what you think of the idea.

Also as always, I’d like to hear what you think of the song and if you hit those shares, you’ll make my day 🙂