Let the dust settle on the streaming storm 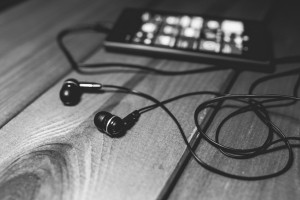 It is almost every week I hear a musician giving out about the streaming services. It is getting to the point of where most of us accept the fact that people have embraced the streaming services, and they are here to stay. But still we want to scream and shout about how they are not paying the artists enough. Taylor Swift has become almost a self-declared voice for the musicians, first her taking on Spotify by not allowing her latest album on the service, and lately addressing the Apple musics trial period royalty payments.

So let’s make one thing clear here, I am a musician. Of course I would like to get paid as much as possible for my recorded music. I work hard on it. I Spend money, and have honed my skills for several decades by now to be able to produce my art in a recorded form. So of course I want to get paid! But I still need to point out the facts of the situation.

As I pointed out above, it does cost me to record the music. But with the streaming service I have no duplication costs. I was always an independent artist, or working with small indie labels. None of our album sales through the shops surpassed tens of thousands. Most of them stayed in few hundreds. It was the live shows where we sold most of the albums. And this is the case with most independent bands in the past twenty years, and I would expect it to be the case in the future. Maybe the album format might slip away, or even die, who knows. But there will always be something on the merchandise table for the fans to buy. The few albums I did with record labels, I saw very little, if any money from them.

So lets say with the streaming services the unit price is removed from the recorded music. In the past at the best of times my album unit price was €1. At the best of times the distribution company bought from us albums for €7. That eventually dropped down to €5. So if we ignore the price of recording studio, photography, and graphic design. That would leave my album profit from albums sold in the shops to €4. Now the albums would not sell them selves… I would need to promote. Traditionally this included magazine ads in the specialised music magazines (expensive business), radio interviews, TV performance if we were lucky, and a lot of live shows. The catch was that if you sold albums at live shows, people would not buy them at the record shops, and your sales would not register, if you would have been lucky enough to hit the charts… In fact in the past record labels were against their artists selling albums at the live shows for this reason. Now especially with the indie labels, the artist to be able to sell albums at the live shows, they need to buy their own albums from their label. So most independent artists just ended up selling their albums at live shows and from their own website.

I said this before, and I will say it again. Streaming services are not physical products, they are not even downloads. The closest comparison would be radio, except for one small difference, your fans can choose to listen to your music when they want. I for one see this as a positive thing.

As to the revenue share. The French record label industry association SNEP published a report that looked in to where the streaming revenue ends up. And before I get to the figures, let me remind you of my breakdown above. In the past between the record stores and the distribution company, the leftover revenue from an album would have been about 50% of the sale price. The survey indicated that the artist are getting 17% of the revenue from the streaming, and the record labels are getting just under 50%! Let that sink in…

I do strongly believe the streaming services need to make their money as well, as did the record stores and the distribution companies. What I believe we need is transparency in what happens to the revenue paid by the streaming services. If I was signed to a label, I’d be asking how come they are still getting such a big cut, when there is no cost for the physical product? But as I am an independent artist and I am very happy with the deal I have with my digital distribution company, I can’t wait for the dust to settle. You see, if apple music succeeds, people spending $120 a year on music, across the board that will be a lot more money coming in to the music industry, both major and independent artists. It’s just the middle man we need to keep our eye on.