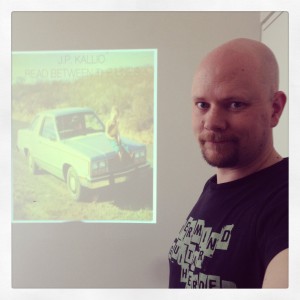 Wow! What a week it has been! The launch of the new album “Read Between The Lines” has taken lots of my time, but still I managed to Squeeze in quite a few posts 🙂 Did you get a chance to listen to the album yet? There is still two more Friday blog posts from this album coming, before we move on to the next patch of songs. But the full album is available on my Website, iTunes and all the usual online stores as well as Spotify.

So now, on to the past weeks post. Last Friday’s song once again surprised me a bit. I mean, of course I am happy with the song, otherwise it would not be on the album. But still your reaction to it was a big positive surprise for me 🙂 Check it out here.

I decided to record a quick acoustic video of one of the tracks from the album. I had a little bit of time to kill, set up two cameras and an audio recorder and one take were all it took. Check it out here:

Remember my blog post on songwriting few weeks ago? Well it seems I was not finished with the subject, in fact I can see this being an ongoing subject here 🙂 Check out the part 2:

And of course on Tuesday I wanted to write something bit more personal on the new album than our bog standard press release. So here is my version of it:

New album “Read Between The Lines”

So there you go, that should have you up to speed once again. Absolutely massive thank you to all of you who downloaded the album, but also to all of you for sharing my posts on Twitter and Facebook. You guys are amazing!