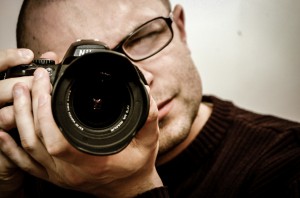 What comes to your mind when you think about [insert your favourite bands name here]? I’m sure the first thing that pops up is an image of some sort. We think the music is the most important thing, and sure enough it is pretty high up there, but the fact is our mind first brings up an image. As an artist you need to accept this.

One of the things about living in Ireland is the fact that in general there is something really “down to earth” about people here. Sure enough at the hight of the celtic tiger some people grew a heads the size of a small elephant, but the recession soon enough sorted that out. But this also has an effect on how up and coming artists see them selves here. All too often I hear things like, “it’s all about the music and nothing else” and “I don’t want to look like a poser”. It’s like that down to earth attitude has had some sort of knock down effect on them. But in all fairness, this country packs a quite serious punch on international level in the music business. I for one would say these attitudes have made for a brand of musicians who are very devoted to their music.

I can see the contrast often when I come across those artists on my travels abroad, who have a great image, great website, the album covers look fantastic, but when it comes down to the music… That’s where they fail. And this brings us back to the age-old truth, that the music in fact does come first.

But the thing is, once you do have the music sorted, it is imperative that you spend some time on your image. It is important that you give people that image they can bring up in their minds when your name is mentioned. It is beneficial to have an image that somehow relates to your music. But you can get creative with it as well. And the second most important thing is to be consistent with your image. Make sure as soon as people land on your social media page, no matter what the platform is, that they recognise your image straight away.

I can’t emphasise enough how helpful a good photographer and a designer can be here, but if your budget does not allow for it, with a bit of work you can do a lot your self as well.

Even the most down to earth artists over the years, who you think just casually walked in to the album shoot of their album in jeans and t-shirt, had people thinking about the image portrayed by those jeans and the t-shirt. So get thinking about your image today, it is never too early to start.