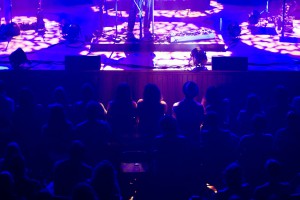 I am bit baffled this morning and I am hoping the combination of my big mug of coffee and writing this blog post will bring in some clarity to the situation. There has been talk about the “Interactive Subscription services” online in the past week or so. I already had my say about the subject HERE. Now this morning I was reading an article from the good people at the digitalmusicnews.com about “How the music business is alienating its most passionate customers…” The article points out that 61% of the music sales revenue comes from the so called super fans, I would rather use the term High consumers of music. They point out that these people would buy multiple albums a month, but now opt for the 9.99 subscription of the streaming services.

These numbers baffle me. I always considered my self as a high consumer of music, but still I’d be selective over the albums I would buy. Sure I’d probably buy more than 12 albums a year, but many of them would be old classic albums I bought at a hugely discounted rate, or even second-hand sometimes.

And I find it hard to believe these high spenders of music would be after the overly produced bland pop music aimed at teenage audience… So I do agree that the most passionate customers are being alienated, but I don’t for a second think it is the format that is the problem here. Maybe this might have something to do with things like major labels completely ignoring new artist development these days?

And I bet these big spenders of music are still buying music. Sure the sales of physical products are down in the ever struggling record stores. But many of these record stores are scared to take risks these days. It is much safer to stock the shelves with fast flying products, than some obscure acts that only sell few albums a year. Most of the music I listen to these days, I can’t find in the record shops here in Dublin. So I either buy them from iTunes, or stream them from Spotify. But what no one takes in to account is the fact that independent artists are selling most of their physical products these days at the live shows. So maybe, just maybe some of these High consumers of music do just that. Maybe they are not shy to spend $25 on a ticket to go to see some of their favourite acts in a local club that does not hold thousands of people. Where they can have a beer, not be pushed around and shoved in to a allocated seat, where the next person beside them is not really a fan, but just decided to bring a girl out on a date, and proceed to talk rubbish throughout the show.

So lets say that is exactly what they do. They spend $25 on a ticket, make their way to the merchandise table well before the show, buy a T-Shirt and an album, which they have already heard online several times. And on top of that, few beers and bus or taxi fare in and out of the show, you have them spending about $70 and they are happy to do this. I know, I have done it several times.

So where does the future take us? Sure go ahead and create a new product, but don’t forget about the old formats. Vinyl sales are up, CD’s still sell, downloads are convenient and always required as not everyone want’s to be online all the time. The idea of getting the general public to spend 9.99 a month on music subscription service is exiting, that would not kill the industry, it would revolutionise it! The problem is not the service, but what happens to the money after it leaves the service. Diversity, smaller scale intimate experiences and well run, comfortable festivals. Stop prioritising the numbers and concentrate on the experience.