Heading for the big 40 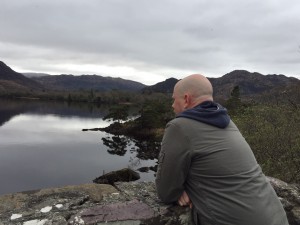 In my early twenties I remember going through this phase of disappointment, where I realised people around me just like me were becoming adults, but their behaviour did not change what I expected to be more adult like. They were still being ridiculously childish. I was getting tired of all the teenage drama, and I was hoping being an adult you did not have to deal with it anymore. Boy was I disappointed…

But I was an eager young man, a bit of a pain in the hole to be honest 😀 I thought I knew it all. But at the same time, some of that stubbornness did get me started on a career path that the older me probably would have thought too difficult.

In a few days time I have my big birthday. I’ll be turning 40. I am at the age that you don’t put candles on the cake anymore as it becomes a fire hazard! I suppose this is the first time I had to think about time and how much of it I have left. So far I felt young, but the big 40 is the turning point where you start to think that you might just be half way there.

But it’s not all grim 😉 What the past few years have given me is focus. New kind of focus which has allowed me to get a lot of stuff done. Stuff I thought about doing before, but never got to it. I’ve become to realise what’s truly important to me, what makes me happy and what does not. And in a funny way, time and age seem to mean less now, than it did when I was twenty.

When you are young you look up to older people, and even though they are not “cool” in a sense, you cannot but help to admire how well together they are, how they don’t seem to have the same issues than you do. But the fact is we all do, it’s just that we get better at putting things in to perspective, and hiding them as well. And I think we do, or at least I have become more comfortable being me.

Another weird (and wonderful) thing I’ve noticed, is that when you are young many of us do feel very lonely from time to time. It is kind of inwardly loneliness, where you can be surrounded by loads of friends, but still feel lonely. But now I seem to be living more in the moment, but at the same time more comfortable spending time by my self. By this I mean I seem to appreciate the time I spend with friend and loved ones more. And also I am happy to be left to my own devices as well sometimes 🙂

And then there is the big drive. I have more determination now than I ever did. Right now I know what I want and I go after it. I am much better at taking a look at the big picture. I take care of myself better now than I did when I was twenty. And I don’t seem to waste half as much time these days.

So as I head for the big 40, I do my best to embrace it. Of course the fear of mortality is there, but I am ok with it, for now 😉