The future of recorded music 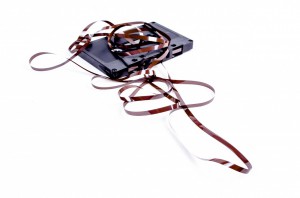 I’ve been observing the developments in the music distribution and in the way people consume their music for quite some time now. Sometimes it can be hard for me as I have been an old fashioned man when it comes to consuming music. But at the same time, I embraced the new technology in the past. In fact, I was guilty of the early form of music piracy… We used to copy music on cassettes from friends back in my school days. Sure the quality was not the best, but the hunger for new music was stronger. Also I remember when the walkman cassette players arrived, the possibility to bring music with you! That was something, even though you went through a crazy amount AA batteries :-D.

The CD was exiting, but in reality too expensive for most music consumers when it first came out. Now I have thousands of CD’s in my office. The move from CD’s to downloads was the first time we lost the packaging. The packaging is probably the main reason I still on occasion buy CD’s. I know during the fiasco launch of U2 / Apple collaboration, they were talking about a new format that would include more graphic content on your downloads. I always wondered, why no one had not done this before, although I do admit it can be a lot of work as well… I did a lyric page for my first album “Northern Boy”, which you can check out HERE, it had a great response from the people, but the workload hasn’t allowed me to replicate it on my two following albums yet. And obviously the other problem is storage. We want the music on our Smartphones, we want to bring it with us everywhere, but we don’t want it to block up our storage.

So the latest battle has been the streaming services. Pandora has been around for a while now, Spotify came in guns blazing and created some hard talks. I was very sceptical of the payment structure in the beginning and I still believe there should be something to help out the independent artists. The current payment format is not very encouraging for the independent artists to invest into pricy productions… But also it is a case of demand, the bigger artists get paid more due to the fact that more people listen to their tracks.

This year album sales have taken another dip, download sales are dropping. iTunes sales alone has dropped a staggering 14% this year compared to last years 2.1%. Is this the beginning of the end for Downloads? The way we consume music changes all the time, there is nothing new in that and new can be scary, so we see from independent musicians all the way to the big heads of record labels freaking out once again. Honestly, I did not see the fall of Downloads coming this fast.

But as much as I was sceptical of the streaming services like Spotify, I noticed people who listen to music and were passionate about it moving towards the services. So earlier this year I decided to give them a go. Now I must say I am impressed with some aspects of the service, some aspects could be improved on and some need quite urgent revamping. But overall I can fully understand why it is popular and why the streaming service will probably be the major music consumption format in 2015 and for years to come.

So I have a choice to either fight the progress, or embrace it. I don’t mean us artists should just give in to everything and let everyone else decide our future. But when the public embraces the new technology, we need to be open to the options of making it work. I for one have tried to get the control of my Spotify artist page. The process is not very clear, and I have followed the rules, but haven’t heard anything from Spotify yet. I believe the Artist pages is one place Spotify should expand on. Let the artist tell their story, make it the new album package.

At the end of the day, where do we stand? What is the future of recorded music? Well, the income stream from Spotify for the unknown independent artist is very small, and does not exactly encourage you to go and book some expensive studio time for your next album. I believe it is the innovative artists who will survive. The one’s who are willing to learn how to record their own albums. The one’s who can keep their cost down. Also I think there will be more of high end low cost recording equipment that in the right hands will compete with the major studios in the world. The bad news is that many highly skilled studio engineers will have a rough time. Of course there will always be the big label work and hundreds of delusional bands who think spending a 10000 on a studio will make them big stars, but if the studios want to be part of the working DIY scene, they need to look at their working model.

As to the major labels? I will not lose much sleep over them. I haven’t seen many other fields in the business where their unethical carry on would have been put up with. They have destroyed a many of young men and women for their profit. They have repeatedly tried to sue their own customers! And let’s not forget with every new format that came along, they managed to resell their backlog of albums over and over again and making ridiculous amounts of money. So the record industry is failing? It has been doing that for the past 25 years, but the major labels are still there…

Us artists? We will do what we have always done, keep writing music, recording it, releasing it to the world in any form that is available to us and playing live shows.