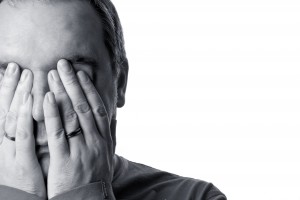 When it comes to your career as an artist, what are you scared of? For years I was scared that my music would not matter. I mean when I hear a song by some of my heroes, how am I supposed to have the same impact on someone? This fear was almost crippling. In fact, it stopped me actually doing anything with my own songs, sometimes even writing them.

So what changed? Somewhere not too long ago I had a moment where I realised the songs I had managed to get out actually did matter to people. I had been almost blind to see it. I also realised the fear was what was holding me back, not all the excuses I was coming up with.

The big thing was for the first time I consciously realised the effect the fear was having on me. So I decided to face it. Six months later I realised how silly that fear had been and it made me thing what other fears in my life were holding me down. Now I see most of them more as challenges, rather than dead end streets.

So tell me, is there a fear that is holding you back? Is there something you were meant to do years ago, but you keep on coming up with excuses not to do it? Facing my fears was one of the most liberating things and it has had a massive impact on my life. I can truly say I am a better person now. And I challenge you to face your fear.